Not enough understanding of credit cards, 72% of respondents to ICLU survey say 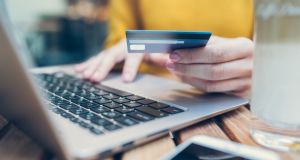 More than half the population own a credit card but 58 per cent don’t know what interest they pay. Photograph: iStock

The majority of people who own a credit card don’t know what interest rate they may have to pay, a survey commissioned by a credit union lobby group has found.

More than half the population own a credit card, but according to the survey for the Irish League of Credit Unions (ICLU), 58 per cent don’t know what interest they pay.

Of those who claimed to know what interest they were paying, more than half believed the figure was below 10 per cent and a significant number didn’t understand how the interest is applied.

According to the Competition and Consumer Protection Commission (CCPC), interest rates on credit cards in the Republic range from 13 per cent to 26 per cent and if consumers pay their bill in full before the due date, they’re not charged any interest. That doesn’t necessarily apply where cash withdrawals are concerned.

The figures point to an underlying lack of understanding of how credit cards work and the ICLU noted that 72 per cent of those surveyed believe credit card companies don’t do enough to improve that understanding.

“With a significant number of people in the country still using credit cards to fund ad hoc items, it is concerning that lack of knowledge on interest rates remains very much widespread,” said Paul Bailey, ICLU’s head of communications.

The survey found that 16 per cent use their credit card to buy a holiday while 11 per cent made a new year resolution to throw it away.

The ICLU’s online survey was carried out in December among 1,000 respondents.

1 Should my mam wait for house prices to drop before buying?
2 Two prominent business leaders in planning row with neighbour
3 Cheers: Conor McGregor's whiskey races up the sales chart
4 ‘The recovery needs to be a full-scale economic renewal’
5 ‘I’m so lucky to be in the Caribbean – a million miles from Derry Girls’
6 Battle for control of America’s mammoth utility industry set to intensify
7 Why we’re about to learn if we are really in the A-team
8 Joint accounts: if one of us dies, can the other access the money?
9 Chris Johns: Past is another country when it comes to our post-pandemic future
10 Military-style planning can help businesses battle Covid-19 survival threat
Real news has value SUBSCRIBE