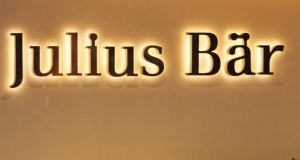 Julius Baer stock jumped nearly 6 per cent to an all-time high on Wednesday after the Swiss private bank said it would book an initial $350 million for an expected settlement in a US tax probe, far less than the market had expected.

Zuercher Kantonalbank raised its rating to “overweight” from “market weight”.

“We have always argued that the US case is the sword of Damocles over Baer’s share price. It seems now the sword has been put back in its sheath,” analyst Michael Kunz wrote in a note to clients.

“This is much less than feared and removes a major uncertainty from the case,” Kepler Cheuvreux analyst Dirk Becker said in a research note, – (Reuters)