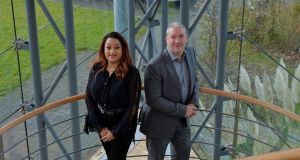 Prepaid Financial Services has won a significant contract with the UK’s home office to facilitate payments to asylum seekers and service users.

The Meath-based company said it had been successful in tendering for the payment services under the support payment card contract.

The contract will facilitate payments for eligible home office service users through a physical prepaid card that can be used in any location accepting Mastercard.

The payments are linked to the home office’s visas and immigration services. PFS said it was involved in similar programmes throughout Europe.

The company, set up by Noel Moran and Valerie Willis in 2008, is in the process of moving to new offices in Trim, Co Meath, a move that was planned to facilitate the company’s expansion and creation of a fintech hub.

Staff have already begun moving to the new building, with all employees expected to be in the premises by the end of January.

In November, PFS announced it had been acquired by Australia’s EML Payments in a deal worth up to 526 million Australian dollars (€327 million), with an upfront value of A$423 million plus an earn-out component of up to A$103 million contingent on PFS achieving agreed annual earnings targets during the three years after the deal closes.