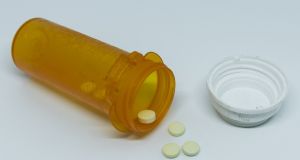 An accountant who stole over £1 million (€1.17 million) from a south Belfast care home – almost causing a “cash flow crisis” within the charity – was jailed on Friday.

Michael Kinder, whose offending was linked to his addiction to the powerful painkiller Oxycontin, was handed a three-and-a-half year sentence at Belfast Crown Court for defrauding the Nazareth House Care Village of £1,036,955.92 Telling Kinder his actions led to a loss of his professional reputation, Judge Kevin Finnegan QC told the 52-year-old father of four that he will spend 18 months of his sentence in prison, followed by a two-year period on licence.

A defence barrister pointed out that all of the money stolen by her client had been paid back to the charity and cited Kinder’s actions as a “spectacular fall from grace”.

Before passing sentence on Kinder, from Maryville Park in south Belfast, Judge Finnegan was told that the former accountant had admitted three charges – namely fraud by abuse of position, converting criminal property and false accounting. The offending was committed over a six-and-a-half year period – from April 2011 to October 2017 – when Kinder was responsible for the financial affairs of the care village on the Ravenhill Road in Belfast.

Crown barrister David Russell said Kinder’s offending emerged in 2017 after Nazareth Care Ireland conducted a routine audit and queries arose. These queries led to an internal investigation, with which Kinder assisted in his role as a “trusted third-party financial professional”.

Kinder, the Crown said, had provided financial support services to Nazareth House for 25 years, and certified its annual accounts. Mr Russell said that in August 2017, it emerged that bank statements provided by Kinder were “not genuine” and had been “changed fraudulently”.

Further financial statements were requested from Kinder but were “not forthcoming”. As more financial discrepancies and errors were raised with Kinder, he claimed there had been a serious computer corruption.

It subsequently transpired that money was being transferred from the charity and into two bank accounts held by Kinder. This included around £50,000 which was meant for staff pensions, but which Kinder transferred into his own accounts.

Mr Russell said that in October 2017, the full scale of the fraud became apparent and the police were alerted. He added: “This was fraud on a very significant and substantial scale over a period of over six years.”

The barrister also revealed that even though Kinder was aware of the financial investigation, the fraud continued “even after it was obvious to him that the game was up”. Telling Judge Finnegan staff at the care home were “impacted by Mr Kinder’s greed”, Mr Russell spoke of a “gross breach of trust” on Kinder’s part.

Mr Russell also pointed out that, while Kinder pleaded guilty in court, when arrested and questioned by police he gave a “no comment” response.

Defence barrister Eilish McDermott QC said every penny taken by Kinder has since been paid back with money lent to him by a “lifelong friend” and Kinder “will spend the rest of his life paying that money back”.

The defence QC said that in the years prior to Kinder’s offending, he had lost a source of employment, and the stress over a decrease in income impacted on him as the sole earner with a mortgage to pay.

Ms McDermott also revealed Kinder broke his ankle and was initially prescribed Oxycontin, to which he then became addicted and which resulted in behavioural changes and mental health issues.

The defence barrister said Kinder’s family had a “long-standing association” with the Sisters of Nazareth, and said: “The sisters in residence in Belfast felt sorry he was not able to come to them and explain to them his difficulties, financially speaking, and they would have done what they could to help him – but of course that is not what happened.”

Ms McDermott also spoke of Kinder’s remorse and embarrassment, and said her client was “acutely aware of the shame he has brought on his family”. Jailing Kinder, Judge Finnegan addressed the former accountant and said “you will no longer be able to practise your profession”.

Citing Kinder as a man of “previous impeccable character”, the judge continued: “I am not going to lecture you as you know what you have done to yourself and your family.”

Judge Finnegan said that, while he accepted Kinder had paid back at the money, his actions almost led to a “cash-flow crisis” within the charity. Before he was led from the dock in handcuffs, Kinder was told by Judge Finnegan that he should attend a drugs and alcohol counselling course whilst on licence. – M&M News Services