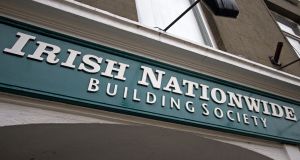 Irish Nationwide Building Society’s (INBS) credit risk department was “racing from crisis to crisis” before the financial crash and had no role in assessing risks associated with new lending, an inquiry into the now-defunct lender heard on Thursday.

Darragh Daly, who was put in charge of the newly-formed credit risk unit in 2006, also said that there was no credit risk policy in place for profit-sharing agreement with developers, which, the inquiry has previously heard. Such loans accounted for €6 billion of INBS’s loans in 2008 - or most of its portfolio.

“The way it panned out, we were racing from crisis to crisis in terms of whatever the issue was,” Mr Daly said, adding that the issue of INBS setting out a credit-risk policy for profit-sharing arrangements did not come up.

Mr Daly said that it was up to the society’s board and top managers - former managing director Michael Fingleton and finance director John Stanley Purcell - to set policies.

Both men are subject to the ongoing inquiry into several alleged regulatory breaches between 2004 and 2008, though witnesses are currently precluded from referring to Mr Fingleton in a “detrimental” or “harmful” manner as he has been excluded from proceedings due to ill health since April.

The current phase of the investigation is looking into profit-sharing agreements and allegations that they are not subject to a formal credit risk policy - even though internal auditors and outside advisers had called for formal procedures to be put in place to cover such practices.

Brian O’Moore, SC, of the legal practitioner team assisting the Central Bank-established inquiry, told the inquiry on Thursday that profit-sharing agreements breached various guidelines and rules in the society, including policies that commercial property loans should not exceed 75 per cent of the value of a project, and that guarantors should back all such borrowings.

Mr O’Moore said that INBS routinely offered 100 per cent loan-to-value facilities to borrowers that were willing to share profits on projects with the society, while the borrowing entity, often a special purpose vehicle (SPVs), did not provide guarantees.

While the society had a policy of only lending to companies that were able to provide at least three years of audited accounts, the SPVs had no such trading record and merely set up for the purpose of specific projects.

Profit-share arrangements also typically involved loan interest and principal repayments being put on hold until the development has been completed or refinanced elsewhere.

The inquiry heard that the nature of the profit-sharing agreements exceeded INBS’s normal appetite for risk and left it more exposed during the downturn. INBS cost taxpayers €5.4 billion to rescue during the financial crisis, before it was put into wind down alongside Anglo Irish Bank.

7 How to improve ethics at your company