The life and retirement businesses posted profit above $1 billion 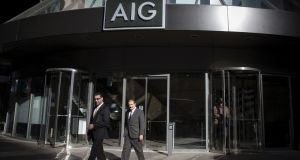 American International Group’s property-casualty business, stung by higher-than-expected costs in recent years, extended a recovery as it hit a key mark for the second quarter in a row.

Chief executive Brian Duperreault has sought to overhaul the business, which posted an underwriting profit of $147 million in the second quarter. That helped fuel adjusted profit of $1.43 a share, beating $1.31, the highest estimate from 17 analysts surveyed by Bloomberg.

An initial public offering boosted results. Net investment income surged 19 per cent to $3.7 billion on rising equity markets and a $142 million gain from the IPO of a holding in the private equity portfolio. AIG didn’t identify the company in its statement Wednesday.

The life and retirement businesses posted profit above $1 billion for the first time since the third quarter of 2017. The operations, coping with negative net flows, benefited from demand for fixed and indexed annuities and “strong” returns on private equity bets.

“AIG’s second quarter results further increase our confidence that the company will deliver a PandC underwriting profit in 2019 and that this management team has put the right strategy in place,” said Matthew Palazola, insurance analyst

AIG shares climbed 3.8 per cent to $56.50 at 5.13pm in after-market trading in New York. The stock had rallied 38 per cent this year through Wednesday’s close after two straight years of losses.

“It appears that AIG has regained its stride,” David Havens, an analyst at Imperial Capital LLC, said in a note. “Results mark the second good clean quarter for AIG.”