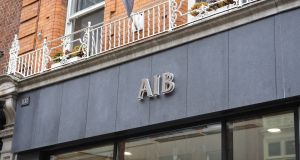 AIB continues to offer German savers a substantially better return on their deposits than Irish customers of the bank can earn, leaving Irish savers vulnerable to the impact of inflation.

The bank has confirmed that it is still operating a partnership with German savings platform Weltsparen, which first began in May 2015. It means that it is now offering a return of 0.5 per cent on savings, fixed for one year, to German customers, while at the same time offering its Irish customers a maximum fixed-term deposit rate of just 0.1 per cent.

The differential in rates means that a German saver depositing €50,000 with the bank through Weltsparen, which is savings start-up Raisin’s German savings platform, will earn a return of €250 a year. In contrast, a saver with a similar amount on deposit with AIB will earn just €50, or 400 per cent less.

At the time of the launch of the partnership, AIB said that raising deposits from German savers would lead to a “diversified and sustainable retail deposit funding base if required in the future that would make us more resilient to economic shocks and reduce our dependence on other sources of funding”.

However, it may be that this “diversified” deposit base is coming at the expense of Irish savers, who continue to see their returns plummet, despite European Central Bank rates staying steady at 0 per cent since 2016.

AIB recently announced it would again cut deposit rates for regular Irish savers, telling customers it will lower the interest rate it offers on both its AIB Saver and Online Saver variable rate deposit accounts from 1 per cent to 0.9 per cent from July 30th. Both of these accounts allow customers to save between €10 and €1,000 each month and earn a return of 1 per cent on these deposits, although after a year any funds deposited on a monthly basis in excess of €1,000, earn a return of just 0.01 per cent.

At the time, the bank said “deposit pricing remains under review as AIB continues to align its funding costs to prevailing market conditions”.

With inflation pressures increasing in Ireland, and deposit rates remaining so low, and in some cases still falling, this presents the risk that the “real” value of Irish savers’ money will decline. In April, Irish inflation rose on an annual basis to 1.7 per cent.