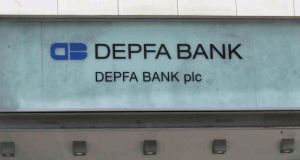 Depfa’s s portfolio mainly consists of loans and bonds to German and other western European borrowers from the public sector.

Dublin-based Depfa Bank’s long-awaited second sale process since it nearly collapsed during the 2008 financial crisis was formally kicked off on Tuesday, with its owners, a German state-owned bad bank, calling for potential bidders to register their interest within three weeks.

Depfa, a former high-flying German public sector finance bank that moved his headquarters to Dublin in 2002, was bought by Munich-based Hypo Real Estate in 2007, a year before the Irish bank ran into funding problems in the wake of the collapse of Lehman Brothers.

While Hypo Real Estate agreed to sell Depfa under a restructuring plan tied to its own bailout during the financial crisis, the German government pulled the transaction in 2014 and transferred the business to state-owned bad bank FMS Wertmanagement (FMS-WM).

FMS-WM hired investment bankers in Barclays last October to manage a fresh attempt to sell Depfa in 2020. However, the start button was only formally pressed on Tuesday, when FMS-WM called in interested parties to register their interest by midday of August 3rd.

The announcement puts paid to speculation in financial circles that a sale might be abandoned as a result of the Covid-19 crisis. The abortive 2014 auction of Depfa mainly attracted private equity groups and hedge funds.

Depfa’s balance sheet has contracted at an accelerated pace under the German bad bank, with total assets falling to €8.9 billion at the end of December from €48.5 billion five years’ earlier. Its remaining portfolio mainly consists of loans and bonds to German and other western European borrowers from the public sector.

The bank had been planning to pay a €150 million dividend in early April FMS-WM - the first since the start of the financial crisis - but decided to put this on hold as European regulators recommended that banks postpone shareholder payments amid the coronavirus pandemic.

Debt ratings agencies have questioned the attraction of Depfa to buyers as “structurally lossmaking” business in itself.

“Given that Depfa’s recurring revenue is insufficient to cover its cost base, we believe that - without outside assistance - Depfa has limited scope to engineer a sustainable turnaround and will therefore likely remain lossmaking in the medium to long term, although there may be potential to reduce losses,” Moody’s said in February.

Standard & Poor’s (S&P) previously said that “even if an acquirer can heavily reduce the associated costs, the investment return could be very low unless the acquisition is made at a heavy discount to book value”.

A sale would also require approval from the Central Bank of Ireland. A sale of another Dublin-based bank, EAA Covered Bond Bank owned by a separate German bad bank was abandoned in April due to conditions that regulators were insisting on to approve the deal.