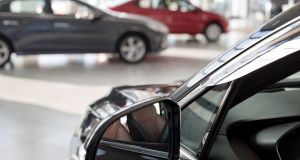 First Citizen Finance, one of the largest non-bank consumer finance firms in the State, has raised €176 million to finance more car loans next year.

The Irish company has refinanced loans linked to its existing car finance business after demonstrating to investors how defaults have remained very low during the Covid-19 crisis.

The Dublin-based company, established by chief executive Chris Hanlon in 2012 when he led a management buyout of Permanent TSB’s car finance business, will use proceeds from the bond deal, known as a securitisation, to finance additional car loans next year.

The bonds were priced to carry an effective interest rate of 0.3 per cent, based off the current level of the variable market rate at which banks lend to each other. The deal has a facility where First Citizen can ultimately refinance €225 million of loans with the bond investors.

First Citizen has a total loan book of more than €500 million, up by 66 per cent from where it stood two years ago. Half of the book is made up of car loans, with the remainder spread across commercial real estate, leasing to small businesses and agri-finance.

Mr Hanlon said that while the company had originally forecast new car lending to rise 10 per cent this year, it now expects a 10 per cent decline even after a rapid pick-up in business in recent months after activity ground to a halt earlier in the year. Most of its business is in the financing of second-hand car purchases.

Mr Hanlon said the strong demand for the car finance securitisation deal “was good news for the Irish motor industry”, and reflected “confidence in the underlying strength of that market”.

The company extended three-month payment breaks to 6 per cent of all its borrowers as a result of the Covid-19 crisis, but only 0.88 per cent needed to avail of a further three-month extension.

While Mr Hanlon said 2019 was a “good” earnings year for First Citizen, with accounts yet to be filed with the Companies Registration Office, this year would likely be loss-making as overall new lending levels would be down between 20 per cent and 30 per cent.