Legal profession is the big winner from Ireland’s compensation culture

Going to court with a motor insurance claim is a costly, lengthy process 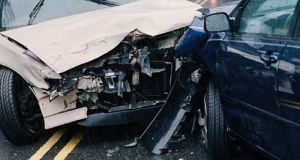 In 2019, for awards of less than €100,000, which is the vast majority of cases, the average compensation paid via the Personal Injuries Assessment Board was €22,206, while the average for those who litigated was €23,801. File photograph: Getty

Having read the Central Bank’s second annual report on motor insurance, it’s hard not to conclude that the legal profession is the big winner from the compensation culture that exists here.

For the second year running, the financial regulator studied data on Irish motor insurance claims and payouts here. And for the second consecutive year, the data shows that claimants who settle via the Personal Injuries Assessment Board (PIAB) get roughly the same financial outcome as those who litigate through the courts.

But those who choose to litigate, on average, wait longer for their settlement and their legal fees soar.

On average, the legal costs associated with these cases was €791 via PIAB, and €15,891 for those who litigated. This is a lucrative line of business for lawyers.

For those who settled for less than €100,000 through litigation before a court award, legal costs totalled 66 per cent of the compensation. In 2019, the average time for a claim to be settled was 2.9 years via PIAB, and 4.5 for those who litigated.

So why would they choose to head for the courts rather than settle through PIAB? Presumably because their solicitor has advised them to do so. Many law firms actively encourage people via their websites to seek legal advice when engaging with PIAB on the basis that applications can be complex and difficult to process.

Every case is different of course and there might be good reason for some claimants to choose the legal route rather than settling via PIAB. Cases involving life-changing injuries and very large settlements will often be decided by the courts.

Motor insurance claims are big business here – some 124,686 settlements were agreed last year at a total cost of €680.4 million, according to the Central Bank report. It’s an important issue, because those payouts influence the premiums charged to motorists by insurers.

The number of claims settled rose by more than 8 per cent between 2017 and last year, while the total payout was up by 6.5 per cent.

And the numbers using PIAB as a route to settlement are in decline. Between 2015 and 2019 there was a 17 per cent reduction in claimants settling through PIAB, and a 1 per cent increase in settlements through litigation.

This in spite of the fact that all personal injury claims must go through PIAB, an independent State body. Clearly, something isn’t working here.

This is not to suggest that PIAB is perfect. It was set up in 2004 to provide a simpler and speedier route to settlement for claimants, and ideally to keep lawyers out of the picture. Something has gone awry in the intervening years.

The programme for government agreed in the summer by Fine Gael, Fianna Fáil and the Green Party talks about “enhancing and reforming the role of the Personal Injuries Assessment Board” but doesn’t give any detail.

A major public information campaign to promote PIAB’s services is badly needed. A binding form of mediation would also be a useful addition to its armoury. What we don’t need is another commission or committee to assess reform measures for the insurance sector. The past decade has produced a mountain of recommendations on reform that still await implementation.

PIAB calculates compensation amounts using the ranges set out in the Book of Quantum, with additional consideration given to any financial loss incurred by the claimant. It releases cases where an insurer or claimant does not consent to it assessing the case, the injury is of a nature that is not appropriate for it to assess, or an insurer or claimant rejects PIAB’s award. In these instances, the claimant may pursue litigation.

The Book of Quantum lists specific types of injury such as back pain, neck pain, fractured arms and legs, and gives an indication of the level of compensation that is likely to be awarded in respect of that particular injury.

Going forward, the newly instituted Judicial Council will issue guidelines for appropriate levels of damages for personal injuries. Those pushing for reform hope the level of damages awarded for minor soft tissue injuries will be reduced by up to 80 per cent, to bring us into line with other jurisdictions. We’ll see how that goes.

When it comes to the cost of insurance, there is one piece of good news for motorists. The level of claims is expected to fall by 20 per cent or more this year and next, due to the impact of Covid-19 lockdown restrictions on traffic levels in the State.

In theory, this should lead to a reduction in the cost of motor insurance, but this being Ireland, the reality might be somewhat different.