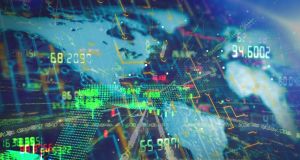 The FinCEN files show that the world’s largest banks play a key role in the massive flow of funds out of Russia into the West.

An unprecedented glimpse into the staggering amounts of suspect money that flow through the international banking system is revealed in leaked files from an agency of the US Department of the Treasury that have been seen by The Irish Times.

The files show that the world’s largest banks play a key role in the massive flow of funds out of Russia into the West, as well as in moving the proceeds of corruption in such countries as Venezuela, Malaysia, and Ukraine, and handling money belonging to criminal organisations.

Among the files, which were shared by the International Consortium of Investigative Journalists (ICIJ) with The Irish Times and 109 other media organisations, including the BBC, the Canadian Broadcasting Corporation, Le Monde, and Süddeutsche Zeitung, is a classified report on a Russian-organised money-laundering network that processed up to $1 billion (€844m) a month.

The secret report, and other documents in the leaked files – the FinCEN Files – contain multiple references to the company services business, International Overseas Services (IOS), that had links to an address in Ranelagh, Dublin.

The highly confidential files, from the Financial Crimes Enforcement Network (FinCEN) agency in Virginia, were originally leaked to BuzzFeed News, which in turn shared with them the ICIJ and its media partners.

Some of the leaked records were gathered as part of US congressional investigations into Russian interference in the 2016 US presidential election.

The documents shed fresh light on how UK legal entities called limited liability partnerships (LLPs) are playing a massive role in the flow of suspect funds through the global banking system.

IOS has its origins in an Irish company set up in 1995 by Dublin businessman, Philip Burwell, from a rented house on Chelmsford Road, Ranelagh, Dublin 6.

IOS set up hundreds of UK LLPs that have subsequently cropped up in scandals around the world.

Mr Burwell said he began doing business with banks in Latvia as it developed as a hub for the movement of funds out of Russia.

IOS opened an office in Riga and the business grew to be the largest company formations agent in the Baltics.

By the early 2000s, Mr Burwell told The Irish Times, he had grown uncomfortable with what was happening in Latvia, and separated from the Riga operation, while continuing to do business with it. “I’d removed myself as far as I felt comfortable with,” he said.

He accepted that companies he’d established had been used for money-laundering. “I set up the companies. If you sell a car and it gets used in a robbery. I mean that was my job. I was in the company formation business.” Mr Burwell said he had nothing to do with the banking activities of the LLPs he established for IOS.

LLPs with links to IOS featured in a $230 billion money-laundering operation involving Danske Bank in Estonia. The files seen by The Irish Times include documents that were signed by Mr Burwell in a solicitor’s office on Aungier Street, Dublin and then used to open the account of one the UK LLPs involved in the Estonian operation.

Millions of dollars subsequently travelled through the LLP’s bank account. Under US law, banks based there are obliged to report transactions they believe are suspicious. Suspicious Activity Reports (Sars) are not evidence of wrongdoing. They reflect the views by watchdogs within banks, that transactions bore hallmarks of financial crime, or that involved clients with high-risk profiles or past run-ins with the law. Often the bank clients who are behind the transactions are not aware that the reports have been made.

The FinCEN files mostly comprise reports filed by US branches of the world’s major banks that in turn were processing dollar transactions being made by customers of non-US banks.

Because dollar transfers outside the US involve correspondent banks in the US, FinCEN ends up getting reports on suspect financial activity around the globe.

“The unauthorised disclosure of Sars is a crime that can impact the national security of the United States, compromise law enforcement investigations, and threaten the safety and security of the institutions and individuals who file such reports,” it said.