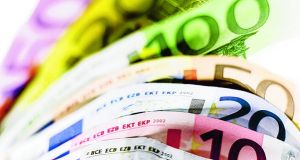 “We are mortgaging our children’s future as we rack up enormous levels of debt to fill this self-created hole in our public finances,” says Fexco’s Denis McCarthy.

The head of global financial services company Fexco has hit out at the Government’s handling of Covid-19.

Fexco chief executive Denis McCarthy says the Government has overreacted to the threat, and daily briefings by the National Public Health Emergency Team are leading to a climate of fear, uncertainty and suspicion.

Referring to the reaction to “normal human activity” like a golf outing in Galway and partying in Killarney town centre, Mr Mc Carthy, in this week’s Kerryman South Kerry edition, writes.

The anger was understandable but there was a readiness to criminalise normal behaviour now, he says.

“Like it or not, Phil Hogan didn’t make up the rule that you couldn’t attend your uncle’s funeral – the Government did.”

Mr McCarthy says good leadership is needed that will balance the threat to health against mortgaging the future of the nation.

“We are mortgaging our children’s future as we rack up enormous levels of debt to fill this self-created hole in our public finances,” he says.

Delving into the way Covid-19 kills some of its victims by an apparent overreaction of the immune system which goes into overdrive, Mr McCarthy says:

He also says untold liabilities for chronic and terminal illness as health screenings were being cancelled were being built up now.

Psychologically there was huge cost too, Mr McCarthy says:

“We are placing enormous psychological burdens on vulnerable people as we tell them that it is ‘safer to be on their own’.”

He is also calling for clearer figures and explanations and an end to the NPHET public briefings. “The NPHET briefing is intrinsically frightening,” he writes.

In June the global company announced it was cutting 150 jobs because of the impact of the pandemic. Established in 1981 in Killorglin by Denis’s father, Brian McCarthy, Fexco employs 2,500 people across the world, about half of whom are based in Killorglin and south Kerry.

Earlier this year, it opened a state-of-the-art research and development hub on the main Killarney to Killorglin road.