Banks to pay millions to Revenue in wake of tracker scandal 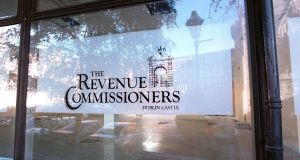 Banks which wrongly switched customers from tracker to variable mortgages will be liable to pay millions of euro to the Revenue Commissioners for overpayment of mortgage interest relief, the Government has confirmed.

Thousands of customers who were taken off tracker mortgages became entitled to claim a higher rate of interest relief for their variable mortgages, if the home loan was taken out before the end of December 2012.

It was unclear however whether or not tracker customers who received redress or compensation from the banks for being taken off the tracker mortgage would themselves be liable to repay the extra relief to Revenue.

However, Minister for Finance Paschal Donohoe confirmed this week that banks which overcharged customers would bear the costs of the additional interest relief those customers received from Revenue.

With an estimated 20,000 customers affected, the monies owed to Revenue will run into millions of euro, given that the interest relief was paid out over a number of years in many cases.

The Minister was responding to a question from the Solidarity TD Paul Murphy, during a finance committee hearing on the Finance Bill.

The Department of Finance said that responsibility for repaying Revenue will rest with the banks.

A spokesman pointed to principles for redress issued by the Central Bank to the relevant banks in late 2015. It stated in relation to affected tracker customers: “Any tax liability that impacted customers may incur as a result of the relevant issue or in respect of any redress, compensation or other payment made to impacted customers by the lender, as a result of the relevant issue, are to be discharged by the lender. The lender is to liaise directly with Revenue in this regard.”

Responding to this confirmation, Mr Murphy said: “It’s only right that mortgage holders who have faced the nightmare of the tracker mortgage scam are not now hit for repayment of mortgage interest relief. The banks should pick up the tab as part of a compensation scheme which is already well overdue.”

1 Restaurants file court actions against insurers over lockdown losses
2 Brexit: System agreed for Irish goods to skip checks on UK trade
3 How to further divide the economy using the wage subsidy
4 Income tax receipts prove remarkably resilient to coronavirus
5 David McCullagh announced as co-host of RTÉ Six One News
6 Could your old car be giving away all your secrets to its new owner?
7 Why are markets booming when a crash is on the way?
8 Former Worldspreads chief Conor Foley faces €730,000 fine
9 Central Bank’s economic warning, Pathfinder’s buyout and timber shortages
10 High Court appoints interim examiner to Compu b parent company
Real news has value SUBSCRIBE