Dublin-listed IFG says legacy claims could cost it over £20m

Shares down 17% at one point but recover in later trading 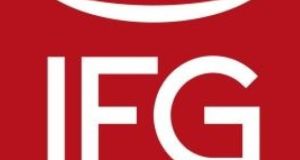 According to IFG, around 500 of James Hay’s clients invested a total of about £55 million (€62 million) in Elysian Fuels

Dublin-headquartered but UK-focused financial services firm IFG has said legacy issues, including an investigation by HM Revenue and Customs (HMRC) into a structured investment previously offered to clients, is impacting on the business and could cost it more than £20 million (€22.7 million).

Shares in IFG plunged after the unscheduled trading update in which it outlined plans to sell off one of its two UK businesses, with the stock down 17 per cent at one point. However, the share price recovered over the course of the day and closed down 2.9 per cent at €2.00.

In the update, the Dublin and London listed firm reported good growth and improving underlying financial performance in both its businesses units. However, it said this was being overshadowed by the legacy issues, which it hopes to bring to closure as soon as possible.

Shares in IFG fell 17 per cent to €1.72 in Dublin after publication of the update, which outlined plans to sell off one of its two UK businesses.

IFG offers financial solutions through its two units James Hay Partnership and Saunderson House, which together serve more than 60,000 customers across the two businesses.

The company said it has received a number of approaches for its Saunderson House unit with discussions at preliminary stage for a possible sale.

“The group will consider a sale if appropriate value for shareholders can be achieved. There can, however, be no certainty that a transaction will complete,” IFG said.

The company said it is incurring significant legal and remediation costs linked to UK revenue’s investigation into Elysian Fuels. A structured investment in biofuel businesses, it was initiated between 2011 and 2015 and has led to notices of assessment totalling £1.8 million, which have been appealed.

It says it expects to receive further assessments that could be marginally higher than the initial ones, and which it would seek to get discharged.

According to IFG, around 500 of James Hay’s clients invested a total of about £55 million (€62 million) in Elysian Fuels.

The maximum potential sanction charge which may be assessed by UK Revenue against James Hay is about £20 million, assuming all Elysian Fuels shares are deemed valueless at inception, and no underlying clients discharge their own tax liabilities.

“The directors are confident that the outcome at tribunal and/or any settlement with HMRC would be substantially lower than the maximum potential sanction charge, and would be fundable from the company’s cash resources,” it said.

A second legacy claim relating to a legal action in Jersey has been reduced by £1 million to £2 million. However, the company added that further remediation costs linked to other potential legacy claims could be forthcoming although these are not expected to exceed £5 million.

“The level of exceptional costs, provisions and contingent liabilities in 2017 may be significantly greater than market expectations, depending upon the extent to which they crystallise or are determined, which could lead to materially reduced statutory accounting results for 2017 for the group,” IFG said.

“In light of the inherent uncertainty noted above, the Board has taken the prudent decision that no final dividend will be paid in respect of 2017,” it added.

The company said it expects to report adjusted operating profits for 2017 that are in line with market consensus.

IFG said James Hay added more than 6,000 new clients last year , an increase of over 30 per cent compared to 2016 and has £25.5billion in assets under administration, up from £22.1 billion a year earlier.

Saunderson House added 247 new clients compared to 215 in 2016, driven by the faster than anticipated growth in its new discretionary management offering. Saunderson House now advises on £5.1billion of clients’ assets, versus £4.6 billion a year earlier.

In a note to investors, Davy said a sale of Saunderson House would be “tranformative” for the business.

“It would generate significant cashflow for IFG, which we assume would be returned to shareholders, and it may also result in efficiencies from a more streamlined business as the plc could then be absorbed into James Hay, removing some of the current costs,” it said.