Credit unions get go-ahead to invest in social housing 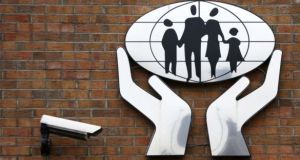 The Central Bank said credit union boards looking to diversify their investments must ensure that they are taken without exposing member funds to undue risk.

Credit unions will be able to to invest in social housing under new regulations announced by the Central Bank.

The move by the regulator comes after a public consultation last year.

Under the revised rules, three new investment classes are to be introduced covering bonds issued by supranational entities, corporate bonds, and for funding for Tier 3-approved housing bodies.

Tier 3-approved housing bodies are larger non-profit housing associations – those with more than 300 units or development plans to bring them above 300 units – which provide and manage housing for for those in need.

In relation to corporate bonds, the regulator is extending the type of company debt that credit unions can invest in but it has ruled that any such investment must be in A-rated, or investment grade, bonds with a minimum maturity term of 10 years.

Announcing the new regulations, the Central Bank said credit union boards looking to diversify their investments must ensure that such decisions are taken without exposing member funds to undue risk.

“The revised framework announced today allows for greater diversification in credit union investment portfolios, while recognising that it is not appropriate for credit unions to invest in riskier, more complex financial products.

“The sector’s desire to increase investment options has been facilitated, with a recognition that the funds being invested are credit union members’ savings,” said the registrar of credit unions, Patrick Casey.

There was mixed reaction from the Irish League of Credit Unions to the new legislation.

While welcoming the move to allow credit unions to provide funding for social housing, it expressed disappointment that the new regulations would “severely restrict credit union investment in bank bonds”.

“The changes made in respect of this investment class are not proportionate and will continue to unfairly curtail credit unions’ investment scope,” it said.

The body also said the introduction of supranational bonds and corporate bonds as additional investment classes will have only a negligible impact on investment income.

“One of the main challenges for credit unions is the ability to generate an adequate investment return on members’ savings, and these additional classes and the restriction on bank bonds do very little to address this challenge,” it said.

The organisation added it is imperative that the establishment of a financial vehicle is prioritised by Government so that credit unions can start to invest in social housing as quickly as possible.