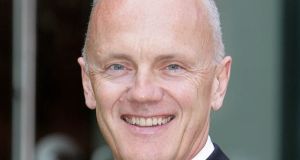 In an email sent to staff on Friday afternoon, the lender’s chief executive, Jane Howard, said Mr O’Flynn’s decision has nothing to do with a review being carried out by Ulster Bank’s UK parent, NatWest Group, into the future of the Irish unit.

The Irish Times reported on September 17th, hours after Ulster Bank announced the selection of the financial services veteran as its next chairman, that NatWest was actively considering winding down the business in the Republic as it carries out a strategic review.

It is understood Mr O’Flynn, a former chief executive of Canada Life Ireland, was well aware of the scope of the review before taking on the position. He succeeded Des O’Shea, who had been chairman for four years.

The review is also looking at other options for Ulster Bank in the Republic, including a potential tie-up with another lender. However, sources have said this is less likely than a gradual run-down of the unit.

Permanent TSB and KBC Bank Ireland, which have both been mooted as potential merger partners in the past, have each poured cold water in recent weeks on the prospect of a deal.

“I wanted you to hear it first from me that unexpectedly and due to personal reasons, our chairman Ruairí O’Flynn has regrettably resigned this week,” Ms Howard told staff in the e-mail, seen by The Irish Times. “Ruairí has asked me to reassure you that his decision to resign is personal and not linked to the ongoing strategic review.”

Ulster Bank non-executive director Martin Murphy, the former head of Hewlett Packard Ireland, will take over as the bank’s chairman temporarily as it goes about appointing a successor.

Separately, NatWest Group this week started the process of legally transferring the major part of the banking business of Ulster Bank in Northern Ireland to its National Westminster Bank unit in the UK.

“This proposed transfer will help to simplify the governance processes of NatWest Group and reduce associated costs which supports NatWest Group’s overall objectives,” the UK group said in a statement late on Thursday. The move has been in train for some time and is entirely separate from the review of the future of Ulster Bank in the Republic.

RBS inherited Ulster Bank and an exposure to the Celtic Tiger economy in 2000 through its takeover, under then group chief executive Fred Goodwin, of National Westminster. It doubled down three years later in Ireland through the purchase of First Active.

Ulster Bank received a bailout from RBS of £15.3 billion (€16.4 million) after the 2008 crash, about a third of the money UK taxpayers pumped into the entire group.