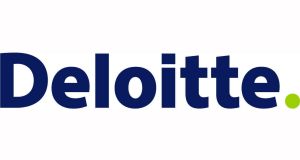 The Brazilian unit of accounting firm Deloitte has admitted to wrongdoing and will pay $8 million to settle civil charges that it issued and tried to cover up false audit reports, US regulators said on Monday.

The Public Company Accounting Oversight Board (PCAOB) said the fine against Deloitte Touche Tohmatsu Auditores marked the largest civil penalty it has ever imposed, and that it has separately sanctioned 12 former partners and other officials for their role in the scheme.

All but one of those 12 have been barred or suspended from working in the industry, the PCAOB said.

Heloisa Montes, a spokeswoman for Deloitte Brazil, said the conduct described is “wholly incompatible with our culture” and that the individuals involved left the firm as soon as the problems were uncovered.

She added that the firm has also settled parallel charges with Brazil’s securities regulator and that new leadership, which took effect in June, “has worked aggressively to uphold the highest standards of professionalism”.

The PCAOB charges against Deloitte Brazil are considered to represent the most serious misconduct the watchdog has ever uncovered.

Deloitte Brazil is now the first global network firm to admit to wrongdoing in a settlement, the first to be hit with securities fraud charges and the first to be accused of failing to co-operate with a PCAOB investigation.

“Deloitte Brazil failed in its public watchdog role to protect the interests of investors by issuing materially false audit reports,” said Claudius Modesti, director of the PCAOB Division of Enforcement and Investigations.

At issue in the case are Deloitte’s “materially false” audit reports for 2010 financial statements issued by an unnamed Brazilian airline corporate client.

The PCAOB said that prior to a 2012 inspection, a partner at Deloitte directed staff to alter work papers and provide regulators with false and misleading information.

Multiple others also tried to hide the problems, including by providing false testimony while under oath. The PCAOB is a watchdog created by the 2002 Sarbanes-Oxley Act in response to accounting scandals at companies like Enron and Worldcom.

Its enforcement actions are generally publicised years after violations are uncovered, due to secrecy provisions in the law.