Credit Suisse linked to list of Nazi accounts in Argentina 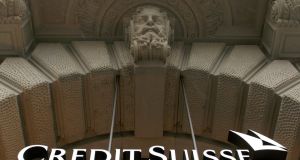 Credit Suisse said it was not clear how many of the names on the new list might have been exposed in previous work.

Nazi hunters at the Simon Wiesenthal centre claim to have identified accounts at Credit Suisse used to funnel looted Jewish money to and from 12,000 German fascists living in Argentina.

Investigators said they had obtained an explosive and long-lost list of undercover Nazi supporters in the Latin American country during the 1940s, with details of their financial affairs.

The list was thought to have been destroyed in 1943, when Argentina’s republican government was overthrown by a military junta sympathetic to Nazi Germany.

“Many” of the 12,000 on the list had or used accounts at the Schweizerische Kreditanstalt, the Wiesenthal Centre said. It did not detail how many did so, or whether the list contained details of the accounts themselves.

The Schweizerische Kreditanstalt is the original name of Credit Suisse. Windows at the bank’s headquarters in Zurich are still emblazoned with its acronym: SKA.

Switzerland’s banks have done extensive work trying to uncover Nazi accounts. Credit Suisse said it was not clear how many of the names on the new list might have been exposed in previous forensic work on its archives.

The bank said: “From about 1997 to 1999, an independent committee chaired by Paul Volcker carried out an investigation of Credit Suisse and about 60 other Swiss banks, searching for accounts possibly or probably owned by victims of Nazi persecution and brought evidence of accounts held by Nazis to the attention of the Independent Committee of Experts [the Bergier Commission].”

The Bergier Commission concluded that the Volcker investigation had “provided as full and complete accounting of the status of the accounts in Switzerland of victims of Nazi persecution as is now reasonably feasible,” the bank added.

A spokesperson for the bank said it had been in contact with the Wiesenthal Centre and it will investigate the new claims fully.

The bank has not yet received a copy of the list, or details of the accounts claimed to be used by those on it.

Switzerland, thanks to its neutral status, was used by Nazis in Argentina to help facilitate their international business affairs after other nations, including Britain and the USA, imposed sanctions on the Hitler regime and its supporters in the 1930s and 1940s.

The Alpine state – whose banking industry was once a byword for secrecy – has had a traumatic reckoning with its relationship to Nazism during the period.

After the war, an agreement with the allied powers provided for full investigation of all accounts held by German citizens in the country. However, the Swiss did not accede to demands for all German accounts to be liquidated and paid as reparations.

This left hundreds of accounts dormant – including many owned by Jewish families killed by the Nazis, as well as Nazis themselves.

During the 1990s, Bern moved to comprehensively address the issue as international pressure for it to do so – and the threat of international sanctions against Switzerland – made its continuing quiescence on the subject untenable.

“People sometimes forget or don’t realise, but it really was the biggest crisis for Switzerland since the war itself,” said Thomas Borer, a Swiss diplomat who was appointed by Bern in 1996 to head the task force to investigate Nazi financial activities in Switzerland.

Mr Borer’s work led to a 1998 settlement in which UBS and Credit Suisse paid $1.25 billion to victims of the Holocaust and their heirs.

“There is always the possibility that there are more names and more accounts but one should not forget just how much this was investigated. The banks spent SFr500 million on accounting firms alone to look into this.” – Copyright The Financial Times Limited 2020