Mars offers customers in arrears deals if they surrender homes

Private equity fund extends elderly couple loan of up to €300,000 on giving up property 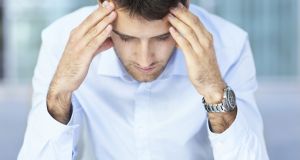 In another case, a borrower in Dublin has found the sum they owed was now €144,000 more than the original mortgage loan, due to the build-up of arrears

Private equity fund Mars Capital has offered its mortgage arrears customers substantial financial assistance in situations where they agree to surrender their homes.

The Irish Times has learned of one case in Dublin where Mars, an affiliate of US investment group Oaktree Capital, has agreed to provide a loan of between €250,000 and €300,000 to an elderly couple to purchase a new home on surrendering their current property.

The couple have substantial arrears on their loan and negative equity of almost €1 million. Under the deal agreed with Mars, through the Irish Mortgage Holders Organisation, the couple, who are in their 70s, will only have to pay the interest on the new loan from Mars at a standard variable rate of about 3.5 per cent.

They will be allowed to live in the property until they die, at which point the house will be sold, with the loan capital repaid to Mars. Any surplus from the sale would go to the couple’s estate.

In the other case, a borrower in Dublin has found themselves in such dire straits that the sum they owed was €144,000 more than the original mortgage loan, due to the build-up of arrears.

They now face having to apply for social housing, with Mars agreeing to offer a lump sum of €8,000 if the property is voluntarily surrendered next month. This money is to help cover moving costs and a short-term rental.

Alex Forrester, a UK-based founder of Mars Capital, declined to comment on individual cases, but said the fund sought to assist its borrowers in arrears.

Mr Forrester said Mars’s primary aim was to help people stay in their home and it had only repossessed a “handful” of houses here.

Mars has acquired about 5,000 residential mortgage loans in Ireland through portfolio sales, including loans from IBRC and buying Permanent TSB’s Springboard loan book. It has 40 staff here.

Mr Forrester said Mars was also open to potentially writing new mortgages in the Irish market. “It’s something we may well look at.”

In another case handled by the Irish Mortgage Holders Organisation, Tanager, an offshoot of US private equity fund Apollo, declined to offer a loan restructure to a borrower in Dublin who had arrears of €29,000.

However, it was prepared to write off €123,000 owing on the loan if the borrower was able to refinance with another lender and purchase the property for €180,000 – a discount of 41 per cent.

Commenting on the approach of private equity firms to mortgage arrears, Irish Mortgage Holders Organisation co-founder David Hall said: “Vulture funds are very flexible around them getting the asset back and will go to extraordinary lengths to achieve this. They are inflexible when it comes to restructuring home mortgages in arrears and won’t offer basic restructuring. Aggressive legislation is required to deal with them.”