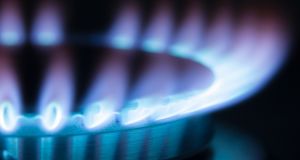 A global commodities broker headquartered in London will establish its European headquarters in Dublin after having acquired an Irish company.

Marex Spectron has bought Irish energy broker Energy Broking Ireland (EBI) for an undisclosed sum in a deal expected to complete in February.

The acquisition will see Marex Spectron absorb EBI into a new entity – Marex Spectron Europe Limited – which will become the company’s European headquarters.

The move comes in response to Brexit to allow Marex Spectron passport its investment services across the European Union. In a statement released at the beginning of this month, the company said it hoped to have regulatory approval by the end of January.

EBI will add to the company’s existing energy business and teams based in London, New York, Houston, Connecticut, Calgary and Singapore, it said in a statement on Wednesday.

“With the Irish energy market challenging, there are new opportunities, so it is important to have the experience and strength of a global group to offer a broader range of products and services to both existing and new customers in Ireland.”

Founded in October 2017, EBI says that anywhere between 5 per cent and 20 per cent of Ireland’s gas demand is traded through the platform on a daily basis. Following a competitive tender process, Gas Networks Ireland awarded a contract to EBI to operate a trading platform to facilitate compliance with the EU balancing network code. This is a European Commission regulation to facilitate cross-border gas trade.

Mr O’Kane previously worked as a commercial manager with Shell on its Corrib gas field and was also a director for continental Europe with SSE Renewables.

Earlier this week, Marex announced its purchase of London-based trading group CSC Commodities from BGC European Holdings, again without disclosing how much it paid.

Reuters reported in September that privately held Marex was itself the target of a takeover from Chinese conglomerate Fosun International.