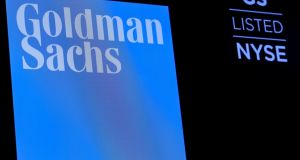 Goldman Sachs topped analysts’ revenue estimates on Wednesday as strength in its equities desk and M&A advisory cushioned losses from bond trading, making it the only Wall Street bank so far to show growth in fourth-quarter trading revenue.

Citi’s bond trading revenue fell 21 per cent, JPMorgan saw a 16 per cent fall, while Bank of America, which reported earlier in the day, posted a 15 per cent drop.

Investment banking, a business Goldman is trying to bolster to lower its dependence on market-sensitive trading, fell 5 per cent to $2.04 billion. Revenue in its financial advisory business surged 56 per cent, boosted by higher fees from dealmaking. Revenue from equity and debt underwriting fell.

The company did not provide an update on any expenses related to a scandal in its press statement, but said in its presentation that chief executive officer David Solomon is expected to provide commentary on the matter during a conference call with analysts later on Wednesday.

At Bank of America its consumer banking arm saved the day for investors, sending shares surging as they helped make up for a bond-trading slump. Gains in the retail-banking business drove a record profit for the company in the fourth quarter.

Net interest margin, the difference between what a bank charges borrowers and pays depositors, climbed to 2.48 per cent in the quarter, more than what analysts predicted. Higher rates and improving loan growth have spurred larger profits at Bank of America’s consumer business in each of the past seven quarters, allowing the bank to weather a loss of market share in its investment-banking unit as it pulled back on risk.

Average deposits in that division grew 3 per cent, while its net interest income rose 12 per cent. Fees from investment banking slipped 5 per cent at $1.3 billion, beating a median estimate of $1.2 billion.