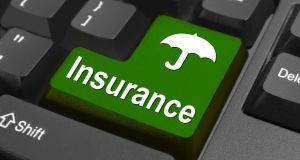 Even with the plan to limit the impact on Irish insurance policy holders of the UK crashing out of the EU at the end of March without a withdrawal agreement, consumers may be hit in other ways.

The Republic is working on legislation to allow UK and Gibraltar-based insurers and brokers to continue to service Irish customers’ policies for a period of up to three years in the event of a no-deal Brexit.

Speaking at a risk management and supervisory conference organised by Banking & Payments Federation Ireland (BPFI) in Dublin on Thursday, deputy Central Bank governor Ed Sibley said that his organisation is supporting the Department of Finance as it drafts the laws.

“The draft legislation provides a temporary run-off regime, which will allow certain UK/Gibraltar insurers and brokers to continue to service existing insurance contracts with Irish policyholders in the event of a ‘no-deal’ Brexit,” Mr Sibley said.

“The legislation does not allow these firms to write new business, including renewable of existing policies; it is exclusively for the servicing of contracts - or policies - that were put in place prior to Brexit.”

The draft rules are part of a list of up to 60 pieces of legislation that the Government is working on to deal with Brexit. Taoiseach Leo Varadkar said before Christmas that he would like to deal with all these items in one omnibus Brexit Bill, but that they may be divided across up to give separate Bills.

Even with the plan to limit the impact on Irish insurance policy holders of the UK crashing out of the EU at the end of March without a withdrawal agreement, consumers may be hit in other ways. The supply of niche insurance products may decline or end altogether, given the increased costs and frictions of servicing EU customers from the UK, Mr Sibley said.

Separately, the Motor Insurance Bureau of Ireland has said that Irish insurers are getting ready to issue so-called ‘green cards’ to motorists planning to travel to the UK, including Northern Ireland, from the beginning of March.

In the event of a disorderly Brexit, all motor vehicles travelling between the Republic and Northern Ireland and Britain will need the document to prove they have valid insurance coverage in this jurisdiction. Motorists will need to apply through their insurance companies or brokers a month before travelling in order to get their green cards on time.

Meanwhile, Mr Sibley said from a financial stability prospective, the “cliff-edge risks” of a no-Deal Brexit are now manageable, on the basis of work that the bank and regulated firms have undertaken.

“The Irish banking system is considerably more resilient than it was, and the most significant firms operating in Ireland across all sectors have, in line with our requirements, prepared and are executing contingency plans for a hard Brexit,” he said.

“This is not to say that a hard Brexit will not be bumpy for the economy, and disruptive for the financial system, but that it is resilient enough to withstand these bumps.”