Blackstone and Prudential in lead for Bradford & Bingley mortgages

UK bank consortium to lend up to £12.5 billion for purchase of buy-to-let portfolio 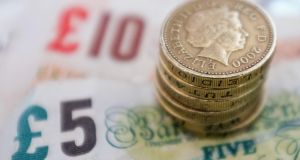 Blackstone has been selected to buy the bulk of the former Bradford & Bingley mortgage portfolio, while Prudential bid for about £3 billion, according to one source.

Blackstone and Prudential have been picked as preferred buyers for a £12.5 billion state-owned book of former Bradford & Bingley mortgages, one of the largest asset sales by a government in Europe.

The US private equity firm and UK-based FTSE 100 insurance group have been chosen from a range of bidders to acquire the portfolio of buy-to-let mortgages, according to people involved in the discussions.

The sale process, run by UK Asset Resolution (UKAR) on behalf of the government, comes more than a year after a record-breaking £13 billion sale of former Northern Rock mortgages to private equity firm Cerberus.

Blackstone has been selected to buy the bulk of the portfolio, which includes performing loans, while Prudential bid for about £3 billion, according to one source. Blackstone and Prudential declined to comment.

The government is offloading the buy-to-let mortgages issued by Bradford & Bingley before its collapse and subsequent rescue by the taxpayer in the 2008 financial crisis.

Prudential, which has one of the biggest annuity books in the UK, is interested in buy-to-let mortgages as the assets could be used to back long-term liabilities such as annuities and with-profits policies.

Other companies that submitted bids included Pimco, the US asset manager, the hedge funds Och-Ziff, CarVal and Elliott, the private-equity group Cerberus and the mortgage specialist Paragon Bank, according to people briefed on the matter.

A consortium of UK banks has agreed to provide a financing package of up to £12.5 billion in loans to fund the purchase by Blackstone and Prudential should they require it.

Large UK banks refrained from bidding, in part due to recent scrutiny from regulators of their exposure to buy-to-let mortgages.

The portfolio was expected to sell at a discount to book value because of its low yield.

Ray Boulger, of broker John Charcol, said: “Virtually the whole portfolio is on a tracker rate because anyone who took a deal will have come off and are now paying only bank rate plus 1.75 per cent.

“This will mean if bought by private equity, then they normally are going to be looking for a higher return, therefore it wouldn’t surprise me if they bought at a discount.”

However, he said he was “surprised” that one of the newer challenger banks seeking to boost their mortgage book did not win. TSB was among the first round of bidders but did not get further.

Mr Boulger added: “Anyone looking to expand in a flat mortgage market has to be aggressive in acquiring mortgages, either through lending to customers at a competitive rate or by buying an existing book.”

UKAR said: “We do not comment on rumour or speculation. This process is confidential and we are contractually obliged to maintain that confidentiality.” – (Copyright The Financial Times Limited 2017)

1 Aer Lingus confirms job cuts due to ‘decimation in demand’
2 Major credit union plans to limit savings accounts to €40,000
3 Banning oil exploration could have implications for energy security
4 Ten of the most mysterious aircraft disappearances
5 In six months we will be in the grip of a 1980s-style recession
6 Government restores hope to the tourism and hospitality sector
7 Help, I’ve no PRSI stamps – can I still get a pension?
8 Why is Germany suddenly embracing its inner Keynesian?
9 German coalition agrees €130bn stimulus to mitigate lockdown damage
10 Irish man Colm Kelleher to step down from Morgan Stanley
Real news has value SUBSCRIBE