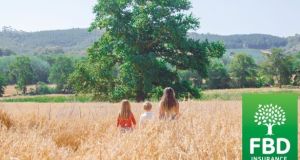 Shares in Irish general insurer FBD declined by 2.4 per cent in Dublin on Monday in spite of the company announcing a return to profit for last year.

FBD Holdings posted a pre-tax profit of €11.4 million in 2016, compared with a loss of €85.9 million in 2015. The company said it was helped by benign weather over the winter months and included a pension gain of €7 million.

The average premium rate increase was 9 per cent, offset by a 5 per cent decline in policy volume from direct operations. Motor insurance premiums rose by an average 16 per cent.

FBD’s gross written premium reduced slightly to € 362 million, driven by a reduction in broker business. The company said this was largely offset by price increases in some products along with strong retention of core customers.

The Irish insurer achieved an annualised total investment return of 1.9 per cent in the year, with capital levels within target range of 110-130 per cent.

The loss of policy volume slowed during the year with a reduction of 4 per cent in the second half of 2016, compared with 7 per cent in the first half for business written directly. In terms of the claims environment, the company said the level of general damages awarded in the High Court had stabilised in recent months.

It noted that the Court of Appeal had reduced a number of original awards by close to 50 per cent and it issued general guidelines on damages. The insurer said these actions were beginning to influence lower courts, and were removing some of the “extreme volatility previously observed”.

FBD said the claims environment continues to be “uncertain” with claims inflation “still prevalent, albeit with some emerging evidence of moderation in its growth”.

Speaking to The Irish Times, FBD chief executive Fiona Muldoon cited the mild winter as the factor behind it making a “modest” underwriting profit. “There was a very benign winter and that did help us. We did get a little lucky.”

FBD did not pay a dividend for 2016, and Ms Muldoon said she would want a full year of profits in place before resuming a dividend. “We would have to be capital-accretive,” she added.

FBD’s expense ratio was 25.9 per cent compared with 27.4 per cent a year earlier. Net expenses reduced by €6 million to €79.7 million, largely driven by the reduction in staff costs arising from the voluntary redundancy programme launched in the second half of 2015, and partially offset by technology costs.