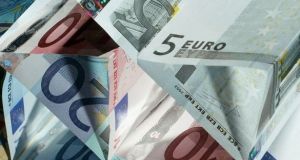 Funding Circle was born in the wake of another volatile moment, the global financial crash

At sunrise on June 24th, Samir Desai rushed to his offices near St Paul’s Cathedral in London. Britain had just voted to quit the European Union and he knew his staff at peer-to-peer lender Funding Circle Ltd would be freaking out.

As the pound tumbled and the government quaked following the resignation of prime minister David Cameron, Desai walked the floor of Funding Circle’s whiteboard-decked offices, fielding anxious questions. The non-British EU citizens feared they’d have to leave the country. The sales team feared that investors funding the firm’s loans to small businesses would bail.

“It was a scary day,” said Desai, the 33-year-old co-founder and chief executive officer of Britain’s number-one online lender. “Everyone wanted to know, ‘What does this mean? How is this going to work?’’’

It turns out they needn’t have worried. In the eight months since the Brexit vote, Funding Circle has been on a tear. The firm originated more than £530 million ($685 million) in loans during the second half of 2016, a 50 per cent jump from the same period a year earlier, according to AltFi Data Ltd, which analyses the British peer-to-peer industry. In the fourth quarter, Funding Circle’s UK division became profitable for the first time.

Desai himself is at a loss to explain precisely why business is booming, and the irony isn’t lost on him and his co-founder James Meekings. They believe in the economic benefits of the EU’s single market, with visa-free work rights for its 500 million citizens. So do an overwhelming proportion of Funding Circle’s 655 employees.

With salsa dance lessons and Friday afternoon beers in its cafeteria, the company epitomises the polyglot culture that’s made London the startup capital of Europe. A quarter of its workforce in the capital hails from outside the UK, and one-third of its 91-strong technology team is made up of non-British EU nationals.

Yet the continental divorce that Desai and Meekings opposed hasn’t harmed their company, at least so far. “We have to disassociate what we personally believe from what’s good for the business,” said Meekings (33), managing director of the UK division.

The separation negotiations will begin when prime minister Theresa May triggers Article 50 of the EU Treaty, beginning the path to her goal of a clean break from the European single market. The process will touch the farms, shop floors, software labs and London office suites that drive the real economy. Funding Circle is one of four British companies that Bloomberg will follow through the twists and turns of the two-year process.

One immediate consequence for Funding Circle: the loss of a valuable deal. Two days before the referendum, the European Investment Bank announced it was loaning £100 million to British small businesses via the lender’s website. Desai, who’d worked on the transaction for more than three years, had been confident that as many as 10 tranches would follow.

“If it was successful, the deal could have been repeated,” said Khalid Naqib, the former senior investment officer at the European Investment Bank, the EU’s no-profit development arm. The referendum result almost surely vaporised that possibility.

Brexit is also sowing confusion in Funding Circle’s most important asset: its people. In a market where too many startups are chasing too few software developers, the company is constantly scrambling for talent. Jesus Fernandez, a Madrid native and head of its technology team, has lived in the UK for seven years. While he’ll probably be able to obtain a visa to remain, he’s been shaken by the shift in Britain’s political climate. “There’s this feeling now that foreigners are not wanted,” said Fernandez (36). “That was a strong message in Brexit.”

Funding Circle was born in the wake of another volatile moment, the global financial crash. In 2009, Desai, Meekings and their friend, Andrew Mullinger, spent a beery afternoon in a London pub commiserating about the crisis. The three men, who knew each other from their days at Oxford University and who worked in finance and management consulting, saw how battered British banks had turned off credit for small business owners. Hip to the budding peer-to-peer model that connected lenders and borrowers online, the trio decided to jump into the breach.

Eight years later, Funding Circle has originated £2.6 billion in loans for tens of thousands of bicycle shops, food trucks, jewellery stores and other small enterprises. It’s expanded to the US, Germany, Spain and the Netherlands. On a recent afternoon, its open-plan offices were buzzing as sales staff worked the phones with investors, product designers huddled with their laptops in conversation pods and coders unwound at the ping pong table.

Despite the startup vibe, the company is fast becoming a member of the very establishment it sought to upend. The government-owned British Business Bank has tapped it to lend £80 million to borrowers. And finance pros are joining the firm: Jerome Le Luel, the former head of group risk analytics at Barclays Plc, is now Funding Circle’s chief risk officer. After the referendum, Desai called on such veterans for counsel.

“My message was this is a political event with an unknown economic impact,” said Bob Steel, the CEO of New York-based private equity giant Perella Weinberg Partners LP, who sits on Funding Circle’s board. “We need to be extra-cautious with regard to credit and redouble our efforts on the risk management side, but we should continue to operate business as usual.”

The question now is whether Funding Circle’s post-referendum run has legs. Meekings theorises that volume has been driven by the Bank of England’s decision to lower interest rates to 0.25 per cent from 0.50 per cent in August. That spurred more retail investors to chase yield in the firm’s loans, which are returning an average 6.2 per cent annually. Meantime, credit-hungry borrowers may also be flocking to Funding Circle as banks retrench from lending to small companies.

But the pound’s fall – it’s dropped almost 10 per cent against the euro since June 23 – is squeezing many of Funding Circle’s small-business customers. Blackjack Beers Ltd, a Manchester-based microbrewery that borrowed £150,000, has endured steep price hikes for Belgian kegs and American hops. “We’re already feeling the burn from Brexit,” said Jonathan Hartley, Blackjack’s head of marketing.

Desai and his team, mindful of the dangers, are conducting internal stress tests on Funding Circle’s loan book. So far, so good.