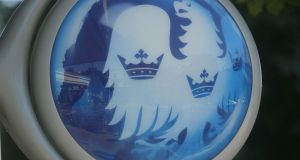 The central hub for Barclays’ European business in Dublin is expected to be fully operational in March. Photograph: Alastair Grant

Helen Kelly, who is managing director and head of corporate banking in Ireland, has been named country manager for Ireland.

Pat McCormack has been named managing director, head of private bank and overseas services at Barclays Bank Ireland, and appointed to the bank’s executive committee.

Both have worked with Barclays in London for many years before returning to Ireland. The two roles are considered to be of equal seniority and significance within the bank, a spokesman said.

The central hub for Barclays’ European business in Dublin is expected to be fully operational this month.

The work to develop Barclays’ expanded entity in Dublin has seen a number of other executives from the Irish operation take on European roles. This includes Brian Delahunty’s appointment as head of business development for Europe and Aoife Wallace being promoted to head of trade and working capital for Europe.