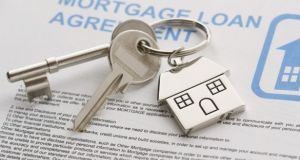 Mortgage lenders can no longer impose legal fees and other charges on borrowers in arrears who are co-operating with their bank to resolve the issue.

The Central Bank has written to all the main Irish lenders, reminding them of their obligation not to impose charges on borrowers ahead of a decision by a court on whether to repossess a property, or of a settlement between the two parties.

It also said costs cannot be added to a mortgage account until a borrower was in a position to redeem the debt and had requested to do so.

The decision has been welcomed by advocates for people in mortgage arrears who said imposing charges on borrowers was confusing and upsetting.

The Central Bank’s move comes after an investigation by the regulator concluded that added charges only make it more difficult for borrowers who are in arrears to address the problem.

Lenders typically frontload legal charges to borrowers in arrears – for example by charging them for legal correspondence sent regarding those arrears, a situation which adds to the arrears owed by households to banks. That debt is then exacerbated with interest charges on those legal costs.

Banks have been given until December 20th to confirm they have undertaken a review to establish instances of inappropriately imposing charges and to outline how they intend to deal with the issue.

“The Central Bank is of the view that the application of the costs prior to the conclusion of repossession proceedings and prior to the decision by a court to award the costs associated with the legal process to the regulated entity is not in borrowers’ best interest and is therefore not in accordance with the Consumer Protection Code,” the regulator said in its letter.

“Additionally the Central Bank is of the view that it is not in a borrower’s best interests or in accordance with the code to apply the costs prior to settlement between the parties concerned or prior to a borrower being in a position to redeem the mortgage and requesting to do so,” it added.

The regulator also warned lenders that charging interest on legal charges imposed on borrowers equated to a financial gain, as it was greater than the costs incurred. It said this would make it contrary to the regulations and should therefore not be done.

“Belatedly, it’s a welcome decision. It’s a despicable practice and should always have been stopped. When someone is drowning, you don’t pour more water in on top of them,” he said.

Fianna Fáil also welcomed the decision. Its finance spokesman, Michael McGrath, said there was a lack of consistency among lenders when it comes to applying fees that made it confusing and upsetting for customers.

He noted that while KBC and Permanent TSB typically applies interest on legal fees, Bank of Ireland does not, while AIB usually establishes an account where legal costs are held until a court has ruled on arrears.

“The situation is confusing for customers and can often come as a bitter pill to swallow after a lengthy and painful repossession process,” said Mr McGrath.

He called on the Central Bank to outline whether any interest already wrongly charged to mortgage accounts in arrears should be reimbursed back to borrowers.

The Banking and Payments Federation (BPFI), which represents lenders, noted that the existing rules allowed banks to impose legal fees on mortgage accounts in arrears.

It warned that the regulator’s letter risks required the retrospective application by lenders of the requirements of Code of Conduct on Mortgage Arrears to accounts in arrears prior to 2016. This it said risked creating a “significant precedent in the context of the application of any legislation governing the activities of lenders”.

1 Who are Ireland’s 17 billionaires?
2 My father in a nursing home wants to gift me his house
3 Countries that fail to attract immigrants will lose out – Microsoft chief
4 Proinsias O’Mahony: Should investors ‘drop their shorts’?
5 Are there annual limits on inheritances or gifts to a child?
6 State subsidises public sector retirees to cover gap until State pension
7 Barclays to cut 100 senior roles as lender seeks to rein in costs
8 BP pulls out of Iraq’s giant Kirkuk oil field as plans stall
9 O’Flynn company ‘mistakenly’ got go-ahead for Birmingham project
10 Former Quinn wind farm for sale
Real news has value SUBSCRIBE