Bank of Ireland resists including 200 staff in tracker redress plan

Number of accounts identified as impacted by a tracker-mortgage examination at 9,345, 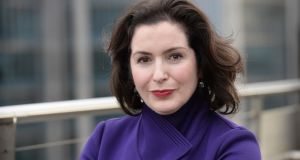 Bank of Ireland executives insisted at an Oireachtas finance committee hearing on Thursday that up to 200 staff borrowers seeking to be included in the lender’s tracker mortgage redress scheme are not entitled to refunds and compensation.

Speaking at the hearing, Bank of Ireland chief executive Francesca McDonagh said that the bank has examined this group of borrowers a number of time. “We do not believe that they are to be included in the examination,” Ms McDonagh said, adding that the group is not currently in talks with the Central Bank on any particular “cohorts” of borrowers that have been wrongly excluded.

The bank said that the number of accounts identified as impacted by a tracker-mortgage examination ordered by the Central Bank in late 2015 had increased by 13 since March, to 9,345, and that 99 per cent of these have been offered a total of €137.3 million of compensation. The figure is in addition to 5,100 cases which the bank was forced to rectify in 2010 where borrowers were on the wrong rate.

While employees in the company have been included in the redress scheme, the 200 disputed cases relate to a group of customers who claim that the bank reneged on a commitment to move them onto tracker loans after a fixed period in late 2008, at a time when the bank was no longer offering this product.

Meanwhile, Ms McDonagh told TDs on Thursday that it is “not unreasonable” to expect the bank’s ratio of problem loans - or so-called non-performing exposures (NPE) - to fall to 5 per cent within the next 24 months. The bank’s NPE ratio has declined by three-quarters to 8 per cent in the past four years.

Bank of Ireland is alone among the country’s three surviving bailed-out banks not to resort to portfolio sales to reduce its impaired loans numbers, though Ms McDonagh said the group keeps its options for resolving soured loans under review.

Ms McDonagh, who outlined last month that she plans to cut group operating costs by €200 million to €1.7 billion between 2017 and 2021, reiterated that the plan will involve further job cuts, though she declined to indicate the scale envisaged.

“We do not have any headcount reduction targets that have been agreed internally,” she said.

The bank, which has seen its workforce fall by almost 32 per cent from 16,000 in the past nine years, is currently in the process of cutting middle management positions and is likely to see about 200 redundancies as a result of a decision in April to close 27 back office service centres.

Analysts have estimate that between 1,500 and 2,000 jobs are at risk as a result of the bank’s cost-reduction plan as it completes a €1.4 billion Information technology (IT) overhaul and restructuring programme by the end of 2021.

1 Provisional liquidator appointed to Dublin engineering firm
2 How can I view my dead brother’s will if I’m not the executor?
3 Bursting of Tesla bubble a case of ‘not if, but when’
4 Bank of Ireland staff in line for 2.95% pay increase
5 Stocktake: Would markets punish a Sinn Féin-led government?
6 Legal row erupts over €85m contract
7 US reiterates opposition to Huawei equipment being used for Irish 5G
8 High time: Netherlands moves to clean up absurd cannabis policy
9 ‘Germans are very efficient and reliable. Cancelling is alien to them’
10 Irish company paid €1.2m a year by collapsed Blumenthal-linked Australian restaurant
Real news has value SUBSCRIBE