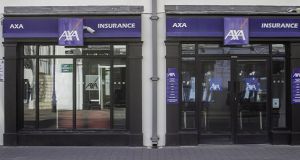 French insurer AXA lowered its 2020 profit guidance for its companies-focused XL unit and named a new boss for the division, as it stepped up measures to reduce exposure to risks stemming from natural disasters that become more frequent.

Insurers are becoming increasingly concerned about the impact of bad weather linked to climate change, with more frequent wildfires in California among the most costly in recent years. Insurers have also been hit by a series of hurricanes and, more recently, intense bushfires in Australia.

AXA guided that underlying earnings at the AXA XL unit – which it swooped on in 2018 in a $15.3 billion bid to create a world leader in property and casualty insurance – would be €200 million lower than previously expected in 2020, at €1.2 billion.

The division is focused on offering property damage coverage to companies and insurance in specialist areas from ships to arts. It accounted for about a fifth of group revenue in 2019.

“Although this should help reduce earnings volatility, a reduction in guidance even with strong pricing momentum is slightly disappointing to us,” analysts at JP Morgan Cazenove said.

AXA’s shares were down 3 per cent on Thursday. Some industry peers were also hit, with shares in reinsurer Swiss Re falling 4.7 per cent after it posted a lower-than-expected rise in net profit.

The group said it was reducing underwriting where it identified risks and changing its reinsurance approach for the unit.

“Of course, it means we give up turnover, but at the same time we protect ourselves better against frequency risk,” AXA chief financial officer Etienne Bouas-Laurent said.

“We had reinsurance contracts that protected us well against the severity of an event, but not enough against the frequency.”

AXA chief executive Thomas Buberl, appointed in 2016, said he stood by his strategy to buy XL, saying he wanted the insurer to be more exposed to the risk of property damage and health and less to market risks.

AXA, the second-largest European insurer after Allianz, reported a 4 per cent rise in 2019 underlying earnings, as higher results from property and casualty insurance helped offset weaker life and savings business.

Globally, Bouas-Laurent said the insurer was on track to meet its 2020 goals. AXA’s return on equity stood at 16 per cent versus a 14 per cent to 16 per cent target it had set for 2020.