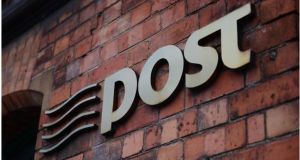 An Post’s low-cost mortgage service could go live by mid-2019.

An Post is ramping up its financial services offering as it seeks a partner to undercut existing mortgage providers by as much as 1 per cent.

The new low-cost mortgage could go live by mid-2019, while it has also linked up with Spanish consumer finance business Avantcard to offer personal loans.

The post office network has been given the go-ahead to ramp up its financial services offering after the strategy was approved by the board of the postal services provider last Thursday, September 20th.

The entry of An Post into the mortgage market would represent a significant shake-up, given that Irish rates remain stubbornly high. It could see someone save almost €100 a month based on a €200,000 loan at 3 per cent if its promise of delivering loans at rates of 1 per cent less than the current rates was to be achieved.

It is still “very early days”, a spokesman said. However, he said An Post would put out a request for information in the next four to six weeks, targeting partners in the whole financial services area and, in particular, in the fintech (financial technology) space.

A number of online-only fintech specialists have entered the Irish market in recent years, including Revolut and N26, offering credit cards and current accounts.

The post office provider could be offering mortgages, mainly to switchers and new buyers, by the second quarter of next year. The mortgage strategy is also expected to include SME (small to medium enterprise) lending.

An Post is currently approved as a payment institution by the Central Bank, and offers a smartcard with Mastercard, as well as FX cash and card services. It is understood its strategy will see its new entity – An Post Money – act as a credit intermediary, while its partner for mortgages, for example, would be the regulated entity.

An Post also said on Monday it had forged a new partnership with Avantcard to deliver credit cards and personal loans ranging from €5,000 to € 70,000. Avantcard first came to Ireland when it acquired the Carrick-on-Shannon-based MBNA in 2012. It has since moved into personal loans and has linked up with Chill Money, which acts as issuer and servicer for its loans and credit card. Most recently it acquired Tesco’s Irish credit card portfolio and offered loans at interest rates guided by the customer’s credit rating.

“The growth of our financial services product set is a key strategic goal for An Post. This partnership with Avantcard and our recent partnership with FBD for motor insurance are two of the latest developments in this regard,” a spokesman for An Post said.

An Post previously linked up with Belgian bank Fortis for Postbank, offering financial services through its network of post offices. The joint venture, which was on a 50:50 basis with initial capital of €112 million, saw An Post offer a host of typical retail banking services including savings products, insurance and credit cards, although it never entered the mortgage market. The venture, which had 170,000 customers, came to an end in 2010 in the aftermath of the financial crisis.

Credit unions may also be shortly better placed to offer a broader mortgage offering, after the Central Bank deputy governor Ed Sibley said the regulator was set to launch a consultation paper in the coming weeks which could result in a loosening of credit union rules. While a number of credit unions offer mortgages, they are restricted to having no more than 15 per cent of their loans at terms of more than 10 years.

While other players, such as Frank Money, have sought to enter the Irish mortgage market, competition has dwindled as foreign players fled.

This is despite the fact that mortgage rates remain stubbornly high in Ireland compared with our European counterparts. The reasons are many and varied, but include higher risk of default; less competition and a smaller market; and lower levels of switching.

1 Basic income for all: Has the Covid crisis given us a new economic model?
2 ‘I don’t need to do any of this. . .I don’t actually need to work.’
3 Only way is up for Stripe as valuation skyrockets
4 Anti-alcohol zeal of public health experts peppers reopening debate
5 AIB revives €1bn-plus problem mortgages sale
6 Direct sea routes to Europe offer certainty in choppy Brexit waters
7 Press Up Entertainment: Who is behind it and what do they do?
8 Move to EU or face disruption, City of London is warned
9 Career opportunities? The ones that just may knock
10 John FitzGerald: What kind of banking system do we want?
Real news has value SUBSCRIBE