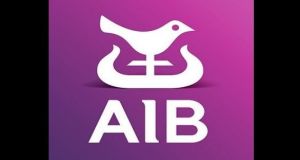 Topped the table of debt charges taken by Irish banks that have survived the financial crisis.

AIB lost €34.3 billion on soured loans in the past decade, topping the table of debt charges taken by Irish banks that have survived the financial crisis, according to data compiled by The Irish Times.

Even after releasing €1.6 billion of bad-loan provisions over the past four years, the country’s second-largest lender by assets had written off more than 25 per cent of its peak 2008 loan book by the end of 2017.

Royal Bank of Scotland’s Ulster Bank unit registered a gross €16.2 billion of loan losses following the crash, the highest figure among foreign-owned banks in the market. However, it has since freed up €2.78 billion of unused bad-debt provisions, yielding a net loan-loss ratio to date of almost 29 per cent.

Saturday marks the 10th anniversary of the snap guarantee of six Dublin-headquartered lenders that would ultimately cost taxpayers €64 billion in bailouts, as commercial property and mortgage borrowers defaulted in their thousands. Overseas-owned lenders such as Bank of Scotland (Ireland), Ulster Bank and KBC Bank Ireland would also require multibillion-euro capital injections from their parents to weather Europe’s worst property market implosion.

All told, the main 11 banks and building societies in the State at the height of the property boom racked up almost €140 billion of loan losses between 2008 and 2017.

That is based on loan impairment charges, as well as losses on the sale of loan portfolios to overseas investment firms and the National Asset Management Agency (Nama). The figures have been compiled from lenders’ annual reports and regulatory filings over the past decade.

The net loan-loss figure for the industry stood at €134.2 billion at the end of last year, after accounting for banks releasing some €5.56 billion of bad-debt provisions in recent years on the back of a recovering economy and property market. The net amount equates to more than 25 per cent of the 11 firms’ combined €522.3 billion of outstanding loans in 2008.

Anglo Irish Bank, which was renamed Irish Bank Resolution Corporation (IBRC) in 2011, reported loan losses the equivalent to half of its peak €73 billion loan book before it was put into liquidation in early 2013 – delivering the highest loan-loss ratio in the sector.

Some of the losses, however, stemmed from Irish Nationwide Building Society, which had written off almost 48 per cent of its own €11 billion peak loan book before being forced by the Government into a merger with Anglo in 2011.

Bank of Scotland (Ireland), which built up a €33.2 billion loan portfolio before its parent HBOS was taken over by Lloyds Banking Group in 2008 in a rescue deal, subsequently wrote off the equivalent €14.8 billion of loans as its assets were put into wind down. That equates to a loan-loss ratio of almost 45 per cent.

The effects of the crash are still being felt a decade on, as the five remaining standalone banking groups in the Republic continue to work through their still-high levels of non-performing loans, while variable mortgage rates in Ireland remain almost double the average euro zone rate of 1.8 per cent.

“Irish banks have to hold higher capital levels than many other parts of Europe relative to the size of their total loan books, due to the high risk-weighting on their loans,” said Owen Callan, an analyst with Investec Ireland. “And they also continue to have higher funding costs in the market, due to their weak credit ratings.”