Ryan informed colleagues that he is moving on to ‘pursue other interests’, say sources 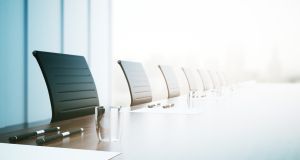 The FSU estimates that banks in Ireland have eliminated 26,000 jobs in a decade of unprecedented restructuring. File photograph: Getty Images

The Financial Services Union’s (FSU) general secretary Dermot Ryan has quit after only six months in the job.

Mr Ryan succeeded the union’s long-standing head, Larry Broderick, in March, having returned from Australia where he had worked for more than five years as chief of staff of the country’s Transport Workers Union.

Mr Ryan has told colleagues that he is moving on to “pursue other interests”, according to sources.

“I have resigned as general secretary of the Financial Services Union, ” said Mr Ryan in a statement. “I was privileged to lead the FSU . . . and improve the lives of financial services workers. I passionately believe in the power of unions to make a difference in the lives of working people.”

The FSU estimates that banks in Ireland have eliminated 26,000 jobs in a decade of unprecedented restructuring as bailed-out lenders’ businesses contracted, overseas-owned lenders such as Bank of Scotland, Danske Bank and ACCBank retreated from the market and Anglo Irish Bank and Irish Nationwide imploded.

As Irish lenders and peers globally have focused on outsourcing in the past decade and find themselves weighing ventures with financial technology companies, the FSU is targeting fintech firms to attract new members.