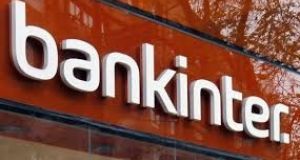 Bankinter is looking to expand its international consumer finance business.

Bankinter is set to become the first foreign-owned bank to enter the Irish market since the financial crash through its purchase of AvantCard, a consumer credit business.

The move could potentially pave the way for the Spanish bank to enter the Irish mortgage market as An Post searches for a new partner for its planned venture. The Madrid-headquartered bank has just cut rates on its 20-year fixed-rate mortgages to 1.99 per cent.

Earlier this week, Bankinter said it would buy the banking operations of EVO Banco in Spain and its consumer credit affiliate in the Republic, AvantCard, from Smart Holdco, an entity owned by the US fund Apollo. The financial details of the deal, which is subject to regulatory approval, were not disclosed.

Bankinter said that buying Avantcard “and incorporating its sound, profitable portfolio with growth potential, will boost the group’s consumer finance operations, diversifying operations geographically”. The bank is focused on growing its consumer finance arm across different markets. Bankinter bought Barclays’s Portuguese business in 2016 and set up a new bank in Luxembourg in 2012.

Apollo entered the Irish consumer credit market in 2012, when it acquired MBNA’s Irish credit card business from Bank of America. Initally, Avantacard, as it became known, was closed to new business, but opened up in 2017 and since then it has ramped up its offering, as well as moving into personalised pricing for credit cards and personal loans.

It now offers credit cards through Chill.ie, one of the State’s largest insurance brokers, as well as more recently An Post, with credit cards and loans set to be rolled out from early 2018. Today Avantcard has 151,000 Irish customers, 145 employees, €280 million in revolving card and deferred payment receivables, and €66 million in personal loans.

Now it has been suggested that with its new owner, AvantCard could be a potential partner for An Post’s proposed mortgage venture.

Last week An Post’s board gave the green light for a strategy which will mean the postal services provider seeks a partner for a new mortgage business, with the aim of undercutting existing players by as much as 1 percentage point on a home loan. It is set to publish a request for partners in the coming four to six weeks.

In a note on Thursday, Davy Stockbrokers said the acquisition of AvantCard could offer Bankinter a route into the Irish mortgage market, given its existing agreement with An Post for consumer lending and An Post’s intention to seek a partner to enter the mortgage market.

However, it downplayed the new venture’s pricing approach. The broker said that it continues to “struggle” with the mooted price point, “given the loss experience in Ireland, the difficulties in accessing collateral and the resultant higher risk weighted assets in Ireland”.

Headquartered in Madrid, Bankinter was founded in 1965 and has about 4,500 employees.