84% of online comments about financial services are negative

Account administration the most common cause of discontent on social media 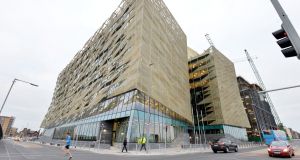 More than eight in 10 online mentions relating to financial products and services expressed dissatisfaction in the second half of 2016.

According to the Central Bank’s social-media monitoring consumer protection bulletin, the banking sector represented 98.2 per cent of mentions expressing dissatisfaction.

In the latter half of 2016 the Central Bank observed a total of 3,716 online mentions relating to financial products and services in Ireland, up by 23 per cent on the first half of the year.

The bank began monitoring social media and online platform activity in 2013 due to its “growing importance as a forum for consumers to discuss financial services.” The monitoring has seen some results. In November 2016 it revealed that a firm appeared to be operating without authorisation as a retail credit firm in the Irish market. A subsequent investigation by the Central Bank determined that the firm was trading using a disposable email address and fake names and addresses. The bank then warned consumers in the same month and no further activity involving the firm was witnessed.

When expressions of dissatisfaction are excluded, the highest level of discussion relates to technological developments in payment services, with over 47 per cent of mentions.

Twitter was the forum with the highest number of both dissatisfied and non-dissatisfied customers. For the former, 91.6 per cent of mentions were expressed on the social media platform.