Banks braced for cost of moving activities out of London 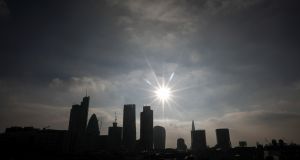 International banks based in London are bracing themselves for hundreds of millions in extra restructuring, funding and legal costs over the next few years to deal with the fallout from Brexit, according to senior executives.

The UK’s exit from the EU will force international banks to move some activities out of London because they can no longer rely on the City for seamless access to the EU.

In extremis, they could be forced to move everyone dealing with EU clients, and all their risk and trading functions as well as the capital to support them, to another European country.

Much attention so far has focused on the number of jobs the City will lose, with Deutsche Bank recently warning it could shift as many as 4,000 of the 9,000 jobs it provides in the UK to Frankfurt. Bankers have also begun doing the sums on how much it would cost them to move so many people to a new centre, which may also require its own capital.

The chief financial officer of one international bank said its cost estimates range “from the tens to the hundreds” of millions of euro, depending on the outcome of Brexit negotiations. “The hundreds is a scenario where we are building out full risk management, full booking capability [in another EU centre] . . . There’s a significant cost in moving people, in rehiring.

The banks likely to be hardest hit by Brexit are the dozen or so big North American, Swiss and Asian banks that base most of their European corporate and investment banking operations in London.

The head of investment banking at a large US group said that its initial contingency plan would “require a lot of investment of money but not a lot of people moving, though there will be some new positions created”.

“You need to have the infrastructure and legal entities to really face your European clients in their local markets. It will be hundreds of millions in costs,” he said. “This is building up an extra layer of costs.”

The head of European operations for another global bank said its costs could easily be in the hundreds of millions, depending on the details of how the UK leaves. Another executive from a fourth global bank said the costs would be lower if there was a longer transition period, since banks would have to pay their own staff less overtime.

Bankers are already warning that extra Brexit costs will be passed on to clients. “If the cost of production goes up, ultimately a lot of our costs will get passed on to the client base,” Richard Gnodde, head of Europe at Goldman Sachs, said in a recent podcast.

Fifteen seconds to sell: TikTok moves into social ecommerce with Shopify deal 16:10
BP swings back to small profit but warns recovery is uncertain 15:46
Saudi Arabia’s Zahid increases stake in Dalata Hotels to almost 10% 15:23
Customers say how companies act during Covid-19 reflects their trustworthiness 14:39
Housing crisis will be permanent unless there is radical rethink, industry warns 14:27