The utility company has more than 700,000 customers in Ireland and 24% market share 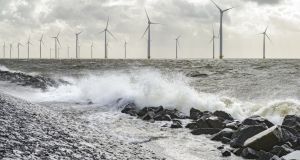 The Irish arm of utility company SSE recorded an exceptional charge of £6 million (€6.68 million) to allow for bad debts that are expected to arise as a result of the Covid-19 pandemic.

The charge came as the company, which operates on an all-island basis, posted an operating profit of £42.8 million, up from £38.6 million the previous year.

“SSE Airtricity retains a strong market position as Ireland’s largest supplier of 100 per cent green energy,” the company said, noting that it has more than 700,000 customers with a 24 per cent market share.

“Favourable Irish government policy has resulted in continued growth in demand for non-domestic customers such as data centres, with whom Airtricity continues to successfully partner.”

The British utility company on Wednesday posted better than expected annual pre-tax profit, but warned of a hit to its earnings in the current year due to lower demand for electricity and related services due to the coronavirus crisis.

The company, one of Britain’s biggest energy suppliers, said it estimated the impact of coronavirus on operating profit this year would be between £150 million and £250 million before mitigation.

Its adjusted profit before tax rose to £1.02 billion for the 12 months to March 31st, beating analysts’ estimates of £959.3 million. – Additional reporting: Reuters