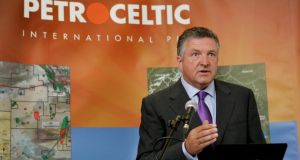 Dublin-based exploration company Petroceltic International has been awarded one-third of the Patraikos block in the Gulf of Patra off the west coast of Greece.

The company said it is part of a consortium that has submitted a successful bid for the Patraikos block. The consortium, which comprises Petroceltic, Hellenic Petroleum and Edison International, will initially have three years to carry out seismic exploration and gelological studies.

During this period Petroceltic’s net investment is estimated to be in the region of $3.5 million.

The Patraikos block covers an area of 1,892 square kilometres with water depths principally in the range of 100 to 300 metres.

Formal ratification of the licence award is expected later this year.

Dublin and London-listed Petroceltic, which is focused on North Africa, the Mediterranean and Black Sea regions, has production, exploration and development assets in a number of countries including Algeria, Bulgaria, Italy and Romania.