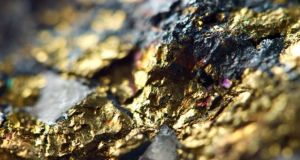 Ormonde Mining said it has advanced negotiations for a potential acquisition that will see it have the rights to acquire up to an 80 per cent interest in two exploitation licenses in the Republic of the Congo.

But the pandemic and discussions with a large shareholder have slowed down progress, the company said.

The potential acquisition was announced in September, and could cost up to $800,000 in Ormonde shares and cash on closing, with further payments conditional on the achievement of key technical and administrative project milestones.

The licenses cover multiple high grade copper and polymetallic development and exploration projects in a highly prospective and underexplored district in the region.

“Very significant progress has been made in these areas,” the company said in a statement. “However, progress to completion has been slowed somewhat resulting from the impact of the pandemic and ongoing discussions with the Company’s largest shareholder.

The licences include a copper-lead-zinc deposit, recovering direct shipping ore grade material and a copper-silver deposit with mineralisation over a 1.2 kilometre strike length, among others.

Ormonde said the terms of the transaction are at a late stage of negotiation and remain subject to change, although it has focused on minimising share dilution and execution risk for Ormonde.

“The deal we are working to conclude is on a group of principally copper assets, with exceptional potential. Completion of this deal will deliver on the company’s stated strategy of generating immediate value accretion for shareholders,” said Jonathan Henry, executive chairman. “ We look forward to finalising and completing the transaction and fast tracking the assets towards development, positive cashflow and earnings with our new partners, including the supportive government of the Republic of the Congo, and look forward to updating shareholders as soon as possible.”

Shares were trading at €0.022 cent on Thursday afternoon in Dublin, after hitting €0.018 earlier in the week.

The lockdown may squash the virus but what will it means for Ireland's economy? 11:45
Crackdown on Jack Ma’s empire gathers pace despite reappearance 11:02
Daily Mail suffers severe fall in advertising as lockdowns bite 10:47
Norwegian Air to get financial support from Norway’s government 08:46
Lonely lockdown for London’s luxury housing market 08:26

9 The lockdown may squash the virus but what will it means for Ireland's economy?