Hundreds of forestry licences issued since laws changed in October

Department of Agriculture has granted 570 new permits , with thousands more in system 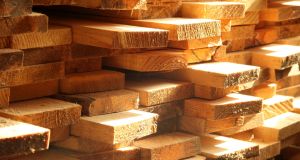 Sawmills fear that backlogs in handling licence applications and appeals will result in the Republic running out of timber. Photograph: iStock

The Government has issued 570 new forestry licences since laws were changed in October to streamline the controversial permit system, according to Pippa Hackett, Minister of State at the Department of Agriculture.

In a bid to defuse anger over delays in handling forestry permit applications and appeals, Ms Hackett said on Wednesday that the Department of Agriculture has issued 570 new licences since October and 2,330 overall this year.

She noted that there were 4,700 licences in the system, but acknowledged a backlog had built up over the last 18 months where 2,000 of these were referred to ecologists for assessment.

“These files are being dealt with using a dedicated project plan which was shared with the stakeholders on its publication in July,” she said.

Sawmills fear that backlogs in handling licence applications and appeals will result in the Republic running out of timber, needed for house building.

Forestry Indsutry Ireland director, Mark McAuley, pointed out that timber would become a mainstream construction material for homes and offices in the years ahead.

He argued that sitka spruce forests in the Republic were going to play a key role fighting climate change, as they absorb the same amount of carbon dioxide every year as that produced by 1.65 million cars.