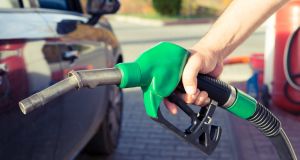 With half the energy consumed in the Republic still coming from petroleum products, oil importers have taken additional steps to ensure there will be no disruption to supply in the event of a disorderly Brexit.

The Irish Petroleum Industry Association (IPIA), which represents about 95 per cent of the oil industry in the Republic, said member organisations had developed mitigation plans which included the stockpiling of product to ensure there should be no significant risk to supplies.

Last year more than 50 per cent of oil destined for the State came through the UK. However, the IPIA, whose members include Applegreen, Maxol, Texaco, Circle K and Top Oil, said it was satisfied that it could continue to meet demand no matter what kind of Brexit takes place.

“Our products are fungible, globally traded commodities, and while we do currently source some product through the UK we are not dependent on any particular state or region for supply,” said chief executive Kevin McPartlan.

“IPIA member companies are well used to buying product on international markets, and teams of highly-skilled professionals are working to ensure no interruption to supply for our customers.”

Mr McPartlan said one potential area of difficultly for suppliers could be if there “was chaos at the ports” given that most oil terminals are located there and that more than 1,000 trucks pass through Dublin Port alone on a typical Sunday. However, he added that the reassurances the body had received from port authorities had satisfied members.

Mr McPartlan also noted that in the event of any issues then access would likely be given to supplies from the National Oil Reserves Agency, which has a minimum of 90 days’ stocks of oil for use in the event of a shortage.

“While of course some things are beyond our control, we have done, and will continue to do, everything within our control to mitigate any risk posed by Brexit, and are confident that whatever form Brexit might take, and whenever it comes, we will seamlessly continue to fuel transport, agriculture, aviation, industry and heating in Ireland.”

His comments come as a new report from the IPIA shows the Republic’s dependence on petroleum products is far greater than in most other European countries, with 50 per cent of our total energy consumption coming from oil. This compares to a European average of 35 per cent.

While industry and transportation are among the largest users of oil, 15 per cent of oil used in the Republic is for heating of homes, with 40 per cent of Irish homes relying on it.

The total tax take from oil products was just under €3 billion in 2017, according to the report.