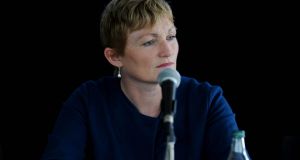 Former EirGrid chairwoman Bernie Gray has been appointed to the same position at the State-owned forestry business Coillte.

Following a “competitive process” conducted by the Public Appointments Service, Ms Gray has been appointed to the role for a five-year term.

The chairwoman of EirGrid between 2006 and 2013, Ms Gray formerly worked with Eircom between 1984 and 2002, holding a number of management positions including that of human resources director.

She also sits on the governing authority of Dublin City University (DCU) and on the GAA’s national audit and risk committee.

“[Ms Gray] has significant board experience and a range of management and governance skills which will be hugely beneficial in the strategic development of the company,” said the Minister for Agriculture, Food and the Marine, Michael Creed.

Mr Creed thanked outgoing chairman John Moloney who oversaw the restructuring of Coillte during his tenure.

“John’s work is very much appreciated as it has put Coillte on a firm footing for the future,” Mr Creed said.

Ms Gray’s appointment took effect from March 13th and will run until 2024.

1 In this strangest of recessions, what happens next for Ireland?
2 Bank of Ireland sees about 2,000 staff apply for voluntary redundancy
3 Michael O’Leary is the boss you want to lead an airline out of crisis
4 Overhaul of lease arbitration regime would be a game changer for retailers
5 Estée Lauder staff at Dublin airport plan further strike action
6 Ireland’s Covid-19 economy in five graphs
7 Fortnite owner signs multimillion deal to buy Irish ‘kidtech’ firm
8 Legal tech company Brightflag raises €7m in new funding round
9 Bank of Ireland sees more than 1,400 staff apply for redundancy
10 What agriculture can learn from Charles Darwin
Real news has value SUBSCRIBE