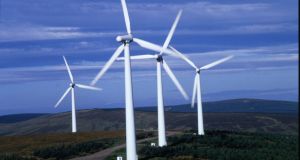 Irish renewable infrastructure company Greencoat Renewables has announced the acquisition of An Cnoc Wind Farm, as well as the closing of a new €200 million term loan.

An Cnoc Wind Farm is located in Co Tipperary. The wind farm consists of 5 Enercon E70 turbines that have been operational since March 2018.

The wind farm’s revenues are contracted under the Refit 2 scheme, providing a long-term guaranteed minimum floor price for the electricity generated until 2032. Enercon will continue to manage the operations and maintenance contract.

The acquisition is being funded by the company’s existing credit facility. Following completion, total borrowings will represent 45 per cent of gross asset value.

The company also said it was pleased to announce a new €200 million five-year term loan with a syndicate of three banks, Commonwealth Bank of Australia, National Australia Bank and Natwest.

The term loan will be used to pay down some of the existing revolving credit facility, leaving it drawn at about €115 million.

Greencoat Renewables said it may add additional term loan facilities over time and in line with strategy in order to more efficiently maintain its long-term target leverage.

Bertrand Gautier, partner at Greencoat Capital, the investment manager, said: “We have now established a new term loan facility with a syndicate of three relationship banks to provide depth to our capital structure in line with our leverage strategy.

“We are very pleased with the terms of the facility, and the acquisition flexibility that it will provide.”