Elight to trade on London’s AIM after £6.6m reverse takeover

Irish-founded company, which is to rebrand as eEnergy, also raises £2m from investors 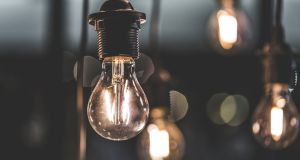 The renamed eEnergy is expected to start trading on the AIM on January 9th.

Irish-founded energy-saving lighting specialist eLight has raised £2 million (€2.3 million) from investors and is to start trading in London early next year following a £6.6 million reverse takeover of an AIM-listed company.

The company, which is to rebrand as eEnergy Group, installs and manages energy-efficient LED lighting solutions for the commercial sector. It provides an energy efficiency-as-a-service model in partnership with the likes of Philips and Actavo that means it pays upfront costs for installing LED lighting. Clients include Ires Reit, the State’s largest landlord, and hotel group Dalata.

The firm was founded by Ian McKenna in 2012, a former EY Entrepreneur of the Year finalist, and has more than 800 client projects across Ireland and Britain.

The company is now led by Harvey Sinclair, founder of Energy Works, which merged with eLight in 2018 in a move that enabled the combined group announce plans to invest €100 million in sustainable projects over a three-year period.

The renamed eEnergy is expected to start trading on the AIM on January 9th following a reverse takeover of Alexander Mining. It also said it has raised conditionally £2 million (before expenses) through a placing of 26,666,667 new ordinary shares at 7.5 pence per share, which will be used to finance the development of the group and for working capital.

In the year to the end of June, eLight secured contracts with a total value of €7.4 million, earned revenue of € 4.5 million and generated an operating Earnings before interest, tax, depreciation and amortisation (ebitda) loss of €800,000.

The EEaaS market is estimated to be worth £25 billion and eEnergy’s directors expect regulatory, commercial and social pressures to cause this to double in the next five years.