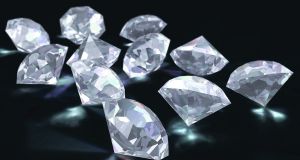 A “strong recovery” in the market for rough diamonds towards the end of last year helped to relieve some of the “unprecedented” market pressure that affected Mountain Province Diamonds (MPD), the Toronto-listed miner backed by Dermot Desmond has said.

MPD announced full-year results this week, with its diamond sales down almost 18 per cent to $208.2 million in 2020. However, those figures included $100 million worth of diamonds bought by Mr Desmond as part of a deal to prop up the company through the pandemic.

The businessman, who owns a stake of about 32 per cent, also helped to restructure MPD’s debts.

MPD, which owns 49 per cent of the huge Gahcho Kué diamond mine in the Canadian Arctic tundra, faced severe pressure between March and September, when the pandemic affected production and many of the world’s top diamond markets remained closed.

Production climbed in the third quarter, however, and MPD said the outlook for 2021 is far better than the situation that faced the company in the middle of 2020. It said retail sales of diamonds remained strong in China.

“Under very difficult circumstances, all driven by Covid-19, the Gahcho Kué Mine has performed well in being able to maintain production, albeit at a reduced level,” said the company’s chief executive, Stuart Brown.

Mr Desmond has been an investor in the Canadian diamond mining market for more than two decades. He is, by far, the largest shareholder in MPD and it is chaired by his long-time associate, Jonathan Comerford. His son, Brett Desmond, is also a director of the company.

3 Pandemic blues: Is the worst yet to come?