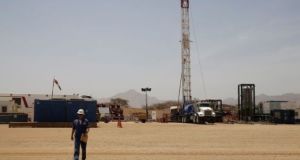 CNOOC will not exercise its rights to buy half of Tullow Oil’s share in onshore oil fields in Uganda that the company has agreed to sell to Total.

In April, Tullow said it had agreed a deal with Total to sell its entire stake in their joint onshore oil fields in the region for $575 million (€519 million). CNOOC had rights of pre-emption to acquire 50 per cent of these assets under the same terms and conditions as Total.

With CNOOC choosing not to exercise those rights, Tullow said there would be no changes to the previously announced transaction or timeline. Tullow said it expected the transaction to complete in the second half of 2020.

It still must be passed by shareholders and approved by authorities, with the execution of a tax agreement with the government of Uganda also required. The tax issue had delayed the sale of a smaller stake in the project to Total for months.

The sale is part of Tullow’s target to raise $1 billion this year to tackle its $2.8 billion debt pile.

1 Companies without tax clearance shut out of Covid wage subsidy
2 Coronavirus spreads to sandwich king
3 The Irish Times Company of the Year: the three finalists
4 Ufurnish: ‘It’s like Skyscanner, but for furniture’
5 Avoca warns of redundancies due to coronavirus
6 BT and Arnotts unlikely to be last retail victims of Covid-19
7 Errant texts highlight weaknesses in banks’ digital shift
8 Virgin Media pulls the plug on sports coverage for Eir customers
9 US treasury forced to pay up to fund record stimulus
10 McGann stepping down at troubled Aryzta
Real news has value SUBSCRIBE