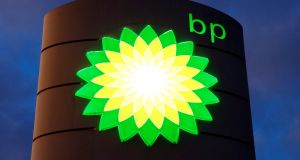 BP’s profits thundered to a five-year high, boosted by stronger oil prices with production set to rise further thanks to the $10.5 billion acquisition of BHP Billiton’s US shale business this week.

The results further underscore a striking shift in BP over the past year as it shakes off the legacy of the deadly 2010 Deepwater Horizon disaster with new projects and the BHP deal, its largest acquisition in 30 years.

In a further sign of confidence, BP said it now expected to fully fund the acquisition from available cash without resorting to a rights issue as planned. It still plans to sell $5-$6 billion of assets to reduce debt.

BP shares traded 3.3 per cent higher shortly after market open, compared with a 1 percent rise in the broader European oil and gas sector.

The rise in oil prices over the past year to their highest since late 2014 has boosted revenue for oil companies such as BP. Coupled with deep cost cuts and stricter spending since the 2014 downturn, the sector has enjoyed rapid growth in profits.

The profit increase came as production in the first nine months of the year rose thanks to new fields and high oil and gas field reliability.

Underlying pre-tax profit for BP’s upstream business more than doubled to around $4 billion in the quarter compared with a year ago.

Oil and gas production for the first nine months of the year increased to 2.5 million barrels of oil equivalent per day (boed) and was set to rise further with the expected completion of the $10.5 acquisition of BHP’s US shale business on October 31st, BP said.

BP launched nine major oil and gas fields over the past year, including in Azerbaijan, Oman, Egypt and Angola that will help boost production by 900,000 barrels of oil equivalent per day (boed) by 2021. Most of the production will be gas.

“We look to 2018 for continued earnings momentum both in the upstream and downstream, and more importantly we expect cash conversion to improve this year,” said Biraj Borkhataria, analyst at RBC Capital Markets.

In the fourth quarter, BP expects lower refining margins and more refinery turnarounds mainly at its Whiting site in the United States.

8 Chris Johns: If this is to be the last lockdown it must work