Anglo American in talks to buy Britain’s biggest mine project 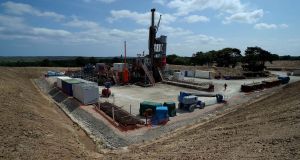 If the indicative offer succeeds it could save hundreds of jobs in northern England, as well as diversify Anglo American’s portfolio.

Sirius has so far struggled to get financing for the project, and is reviewing the north Yorkshire polyhalite mine after scrapping in September a plan to raise $500 million in a bond sale, delaying the project.

Shares of Sirius surged 34 per cent to Anglo’s proposed offer price of 5.5 pence in morning trade, while Anglo slipped more than 1 per cent.

The review includes a search for a major strategic partner and financial investor to raise $600 million in funding needed to develop the project.

Anglo said it had identified the project as a “tier one” asset – a large long-life, high-margin deposit.

Sirius shares lost more than 80 per cent of their value last year. – Reuters

1 Why gift a son now if it eats into his tax-free inheritance threshold?
2 Flights abroad ban could last all summer
3 Government to avoid ‘cliff-edge’ on Covid-19 payment changes
4 Chris Johns: Economic self-harm is the root of populism
5 Home or car: what’s the best use of my savings?
6 Columbia Sportswear defies gloom with first Irish standalone shop
7 Why are markets booming when a crash is on the way?
8 UK expected to phase Huawei out of 5G network
9 French company Infravia to buy Mater Private
10 No free lunch on coronavirus cash payments
Real news has value SUBSCRIBE