US GDP growth revised up to 2.1% pace in third quarter

Data may help allay concerns about health of US economy 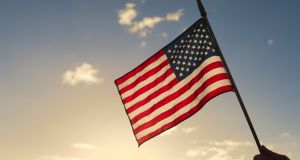 The pace of the US economy’s expansion has picked up in the back half of 2019, with data showing gross domestic product rose in the third quarter by more than initially forecast.

The economy expanded at a 2.1 per cent annualised rate in the three months ended September 30th, according to the second estimate of GDP from the Bureau of Economic Analysis. That is up from an initial estimate of 1.9 per cent and an increase from the 2 per cent pace in the second quarter.

The new estimate, as well as data showing a bigger-than-expected rebound in durable goods orders in October, may help allay concerns about the health of the US economy, particularly manufacturing and business investment, which continues to be tested by the impact of Donald Trump’s trade war on China.