Joblessness in the UK overall fell to 1.6m, or 4.8%, despite potential worries over Brexit 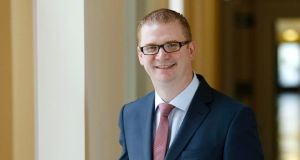 The number of people out of work in Northern Ireland rose to 50,000 in the three months to November. This pushed the North’s jobless rate up to 5.6 per cent while the overall UK rate fell to 4.8 per cent – its lowest in 11 years.

Latest government data on Wednesday showed the jobless total in the UK fell by 52,000 to 1.6 million people over the quarter. In contrast, Northern Ireland’s jobless queues grew by 1,000 over the same period.

For example, he said, Northern Ireland’s jobless rate remained below the European Union’s average unemployment rate of 8.3 per cent for October and the Republic of Ireland’s 7.3 per cent jobless rate in November.

Mr Hamilton pointed to an increase in employee jobs in the North over the past 12 months, as well as a fall in numbers claiming jobless benefits last month to 32,700.

He also said the decrease of 800 in the total numbers receiving jobless payments in the North during December needed to be viewed in context.

“Despite a significant fall of 32,000 since its most recent peak in February 2013, Northern Ireland’s claimant count unemployment has consistently been above the UK average over the last 10 years, and is currently the second highest rate among the 12 UK regions,” Mr Hawksworth said.