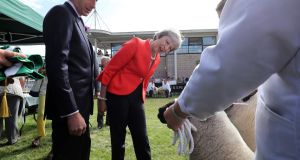 One of the many curiosities about the shambles that is Brexit is the utterly hopeless negotiation strategy employed by the UK government. That might be putting things a little strongly: there hasn’t been any strategy at all in practice. To the extent that talks have taken place they have mostly involved members of the government speaking to each other rather than engaging seriously with Brussels. Again, that’s not quite right: “talks” suggest a conversation governed by commonly agreed negotiating rules. It’s been more like a dysfunctional family shouting at each other. Without much listening.

Basic textbook negotiating principles usually involve two sides establishing opening positions prior to sitting down with each other. The starting position is made known to the other side. What is not revealed is the “walk away price”: the point at which no further concessions will be made and the talks end in failure. The gap between the two opening positions is the one that needs to be narrowed during negotiations: each side tries to get the other to move away from the publicly declared opening stance. If the price of failure is high enough and both sides are rational, there will be a meeting somewhere near the middle of the initial negotiation gap. Both sides end up making compromises: moves away from that starting position. Sometimes, not everyone is rational and/or that gap can simply be too wide to bridge.

The puzzle is why Theresa May and her team have not understood or paid any attention to these basic principles. It’s not as if they are state secrets: anyone who has been a parent, board member or cabinet minister will usually be intimately acquainted with these simple ideas. Writer and blogger Chris Dillow suggested recently that the reason why modern UK ministers are so hopeless at negotiating is to be found in the demise of the trade unions.

I suspect that this might be a slightly tongue in cheek explanation but it is not without merit – or at least forms part of the answer. Historically, any UK politician not steeped in the art of negotiation quickly learned the ropes when locked in smoke filled rooms with the leaders of Britain’s coal, steel and car workers. Previous generations of trade union leaders were nothing if not superb negotiators and often taught many a cabinet minister a tough lesson. Today’s generation of Tory politicians have rarely met a trade union member, let alone embarked on brutally tough negotiations with them.

Other things must also form part of the answer. The lack of negotiation skills must be found in the way these people were brought up and educated. Sometimes it seems that contemporary Tories act like dysfunctional characters from Evelyn Waugh’s Brideshead Revisited. A more modern take on the lives of the ruling classes and minor aristocrats is to be found in Edward St Aubyn’s Patrick Melrose series of novels. These and other chroniclers of the the English elites explore – sometimes subtly, sometimes brutally – just what makes these people tick.

They are devoid of the human connections that many of us take for granted. Narcissism and other clinical personality disorders are rampant; psychopathy and cruelty are common. Empathy is noticeable only by its absence. Many of St Aubyn’s fictional subjects have been irreparably damaged by hopeless parenting and grotesque minor boarding schools. At the very least, almost everyone is on the make. As one Labour MP put it recently, the antics of the British cabinet would make a good script for Love Yourself Island.

St Aubyn identifies one of the prime motivators of some of his characters: not to be seen as a bore. Only in English upper class culture is this ever observed.

Ways of being a bore include thinking about the consequences for others of your actions, trying too hard, being attentive to details or indulging in serious strategic – or even tactical – thinking. By these standards, Gareth Southgate must be the most boring Englishman in history. But their deeply ingrained aversion to these standards explains why none of the Brexiteers cannot come remotely close to answering a simple question: what’s your plan for leaving the European Union?

Perhaps serious negotiation is simply boring. It does appear that a lot of politicians have no experience or interest in it. Maybe they just yelled at each other all their lives. Alternatively, it could be that at least some of the Brexit ultras do understand what has to happen next. It might be two years late, but at least Theresa May has staked out that opening negotiating position. For a deal to take place, compromise will have to occur – on both sides. Brexiteers hate that opening position and are not prepared to make any further concessions. Pure logic then dictates what, for these extremists, must happen next: no deal. As somebody else once said, there is no alternative.